Yesterday may have been Labor Day, which means backyard cookouts and days off for many but for the Steelers it was business as usual. I detailed their moves yesterday in this piece but the short version is that not only did the first depth chart come out but the Steelers also parted ways with Jordan Berry to make way for Dustin Colquitt. All that happened after the team came to terms with Cam Heyward on a new extension that will likely keep him in the Steel City for the rest of his career. One week from this day we’ll be discussing the Steelers’ game from the night before and I don’t know about you but I’m more than ready.

As some of you may know, the Practice Squad for 2020 is going to look a little different. Teams will be able to protect up to four players; meaning no one can sign them. Teams may also add players to the PS that in other years wouldn’t have been eligible. These things are all COVID-19 related. As of last evening, the Steelers’ Practice Squad includes: CB Trajan Bandy, safeties Antoine Brooks, Jr. and Curtis Riley, OLB Jayrone Elliott and defensive linemen Daniel McCullers and Henry Mondeaux. On offense WRs Deon Cain and Amara Darboh, running back Trey Edmunds, tight end Kevin Rader, and offensive linemen Anthony Coyle, Derwin Gray, and Jarron Jones. The team also added punter Corliss Waitman. And in a move that caught many off guard, Duck Hodges is back. Most thought he would look for greener pastures – and perhaps he did – but he agreed to sign with the PS last evening.

Tweet of the Day… Important footnote here with DDC.

Even in my advanced age I get giddy when it comes to the Steelers and certain things. One of those was the first depth chart released over the holiday weekend. I’ve been doing this long enough to know that Mike Tomlin does not like to have to reveal this and in so doing he likes to play games. I initially read that Zach Banner had won the right tackle job but just after his name it reads “OR” then Chuks Okorafor. I jumped the gun in a tweet that stated Banner had won the job. My bad. I’ll say this though, I can’t stand the gamesmanship. Does it really matter that much who you name as the starter at RT? We aren’t talking QB or starting Corner here… Both have pros and cons or else there wouldn’t have been a battle for the position.

The Steelers revealed their captains for the 2020 season this past weekend. Ben Roethlisberger and Maurkice Pouncey will captain the offense. Cam Heyward and T.J. Watt will take the reins of the defense and Jordan Dangerfield captains the Special Teams units. Big Ben is a captain for the 12th time and this is his tenth in a row. 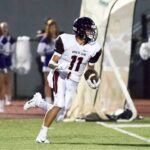