I cannot speak for all of you and I wouldn’t anyway, that’s not my place. But I have to wonder if you’re experiencing the same feelings I am these days. Like Bill Murray in “Groundhog Day” it does in many ways feel like living the same day over and over. The NFL Draft was a welcome reprieve, believe me it was, but now that it’s over it’s back to more of the same. As an educator teaching from home, I’m doing my best to get back into some form of a routine… but it’s a struggle. While I wonder what the days and weeks ahead for myself look like I also ponder the future of college and pro football. As Americans we don’t do well when our freedoms are restricted. Even when we know the restrictions are filled with the best intentions, it’s still tough on us. Now imagine Heinz Field with a game but no fans. I honestly don’t know how I’ll react but I’m hoping it doesn’t come to that. All I know for now is that we need to get this thing under control because I’m tired of reliving the same day over and over and if it affects our Steelers? I don’t want to even think about it.

This week there was a tweet that said that Jameis Winston turned down more money from the Steelers and instead took (or is taking) the Saints’ offer instead. This is 100% false. As they always do, the Steelers make calls on nearly every free agent that comes available. This is called “due diligence” and Kevin Colbert exercised it. There was never an offer so therefore there was nothing for Winston to decline. For whatever reason, people want to claim they know things that clearly they don’t. It drives clicks and views and truth be damned.

As they always do, the Steelers signed a number of undrafted free agent rookies following the Draft on Saturday. These are young men who didn’t get to hear their names called during the Draft. Occasionally a diamond in the rough is found but by and large these are guys who will compete hard but won’t be on the 53-man roster. Here they are.

The one guy I’m actually paying the most attention to here is Waitman. He needs to push Jordan Berry whose time in my opinion has come and gone. 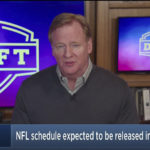