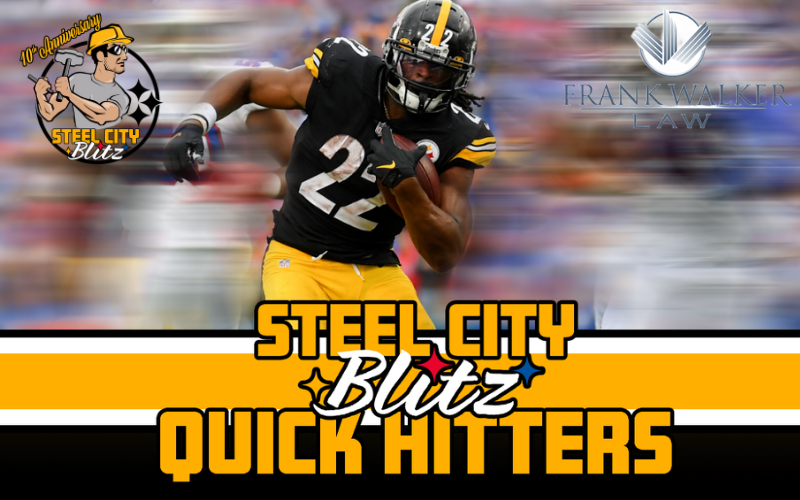 With yesterday’s win over the Carolina Panthers the Pittsburgh Steelers officially, or “unofficially,” became the de facto champions of the NFC South. What in the hell am I talking about you ask? Well, the Steelers went 4-0 against that division this year knocking off Tampa Bay and New Orleans at home and beating Atlanta and Carolina on the road. This must however, be taken with a HUGE grain of salt. First, the Cincinnati Bengals accomplished the same feat yesterday winning in Tampa. The Baltimore Ravens can match it by beating Atlanta next weekend. Sadly, the Browns couldn’t complete the ultimate sweep as they lost to Atlanta and still have the Saints left. But there’s another ‘grain of salt’ to be taken here. Yes, it was good to see the Steelers’ running game so effective and it was good to see the run defense bounce back in a big way but the Carolina Panthers are not the Ravens. They aren’t the Bengals and they aren’t the Browns or Eagles either. The Steelers beat a very poor team yesterday. A win is a win in my book but we have to keep this in perspective. The Las Vegas Raiders will pose a much more significant challenge on Christmas Eve despite having the same record. They have a very talented offense and opportunistic defense. Don’t get me wrong, I’m glad we won yesterday, but take it with a grain of salt.

In a lot of ways, I’m very progressive. In one way that I’m not, is in regards to being respectful and being disciplined on the football field. Diontae Johnson’s taunting penalty was stupid, immature and totally unnecessary but I do understand to a degree that he was fired up. That’s no excuse but it was still within the game as dumb as it was. Marcus Allen’s unsportsmanlike conduct penalty was entirely different. The Steelers’ defense had gotten a stop and it was fourth down. With both Special Teams’ units on the field, Allen thought it would be a good idea to taunt a Panthers’ player and then stick his head inside the Panthers’ huddle on the sideline. This gave Carolina a first down and they turned it into three points. It did not cost the Steelers the game but it ultimately changed momentum and could have been an even bigger issue than it was. Why was his different than Johnson’s? For the most part it wasn’t but the major difference to me was the timing. Johnson’s happened at the end of the play. Allen’s happened between plays when the units were shuffling on and off the field. Mike Tomlin won’t do it, but Allen should be cut. He offers little to this team anyway.

Tweet of the Day… These guys do a great job on their Panthers’ podcast and it’s nice to see our fan base isn’t the only one that overreacts to everything.

We just got bullied today. Congrats to Pittsburgh.

Overreactions will be fun

I found it curious to see Jaylen Warren in on some crucial plays as the Steelers tried to milk the clock and I believe I know exactly why. Najee Harris was dancing too much and being indecisive. Warren does neither of those things. He sees the hole and he goes. While Warren is more likely to fumble the ball based on each player’s history, I’m confident he got those touches for his style period.

I’m Going to Laugh When…

OK so I predicted at the beginning of the year that the Steelers would finish 8-9. This of course would be Mike Tomlin’s first non-winning season. To achieve this, they need to finish 2-1 over the final three games. What would actually make me laugh my ass off is if we finished 8-8-1 or even won out to finish 9-8. Some fans are so fixated on this streak of Tomlin’s that it borders on insanity. Tomlin himself doesn’t give a crap about it but I think it would be hilarious to hear these “fans” complain.

Why Blockchain Sponsorship is great for NFL Teams