There was a point yesterday where I wondered if the New England Patriots were going to have enough players to actually field a team this year. Yesterday in this column I said that five different Patriots had opted out of the 2020 season. That number is growing and one can’t help but wonder how these “opt outs” are affecting the world of sports gambling. When Checking NFL picks, we realize not every player who passes on the season ahead will impact the odds on a team’s success but at the same time, it doesn’t always take a superstar either. Marquise Goodwin was thought to be a difference maker for Philadelphia this season but he’s opted out. Defensive Tackle Michael Pierce of Minnesota has too and there’s a chance both of those teams could be affected when it comes to odds on everything from win totals to game-by-game odds. At the time of this writing, there have not been any Pittsburgh Steelers who have opted out. As they see how things are going to operate in Training Camp that could change in the days to come. 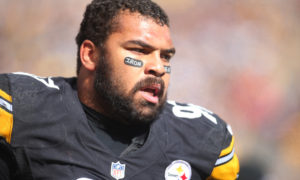 If I Had to Pick One?

Many fans have asked me what Steelers’ player do I think is one that could opt out. I don’t like putting myself in that position but that’s exactly what I have to do in order to answer the question. I would say Cam Heyward or Alejandro Villanueva. My reasoning is this; both of these men have young families and both are very devoted to those families. This isn’t to say a Ben Roethlisberger or Maurkice Pouncey isn’t also, it’s just simply a gut feeling and here’s why. Heyward lost his father at a young age to cancer. Covid is not cancer, but you can’t erase that from your mind and you sure as hell don’t want your own children to be in a similar situation. Villanueva has seen combat in America’s wars. He understands life and death far better than you or I. Obviously, I’m hoping both men play but since I’ve been asked, there’s my answer.

We’re planning to return tonight with the SCB Steelers Podcast presented by DEK Roofing Inc of South Florida. We’ll start previewing Training Camp, discuss how the whole thing is working this year and let you know about the potential salary cap issues headed the Steelers’ way in 2021.

Tweet of the Day… This guy is crazy talented.

Went down to the Rivers to paint @_BigBen7. #steelers pic.twitter.com/Cwf0zPYqUA

The Most “Important” Player?

We often talk about who the Most Valuable Player for the Steelers is each year and after last season, I think we know who that is. If, however, I suggest a most “important” player (and there is a difference) you may be surprised by my selection. As I look at the landscape I would suggest that Stephon Tuitt May be that guy. Many of you will say, “the defense was still awesome without him last year” and that’s true. But Cam Heyward and Tyson Alualu are a year older and imagine how great this D could have been with a healthy Tuitt. His presence believe it or not allows Keith Butler and company to do even more with this unit. It’s debatable for sure but I see Tuitt as incredibly important in 2020.

Let’s Just Get It Over With and...