SCB Steelers Quick Hitters: The “Day for the Defense” Edition

Steelers’ Coach Mike Tomlin said after practice on Wednesday that he liked the “energy” of the team. According to our eyes in the sky (our friends on the hill if you will) the defense came away with some positive results as they shut down the offense in two minute drill situations. To be clear, both sides were without key players like Maurice Pouncey, David DeCastro and Devin Bush but Tomlin coaches those that are practicing and he’d be the first to tell us that. Ben Roethlisberger looked a bit “rusty” while the defense zoomed around at break neck speed creating issues for Big Ben and Josh Dobbs as well who threw a pick. I’m not going to read a lot into this. The team is still trying to process the loss of Darryl Drake and it’s obvious some guys are dealing better than others. I think next week is when we really need to see things start coming together.

I’ve learned that both Maurkice Pouncey and David DeCastro may have injuries more severe than what has been publicly reported. Coach Tomlin has discussed ‘strains and aches and pains’ but their respective issues could be a tad worse than that. As of this writing, DeCastro is expected to play this weekend in an effort to see how he feels. This is definitely something worth watching. B.J. Finney left practice yesterday with what Mike Tomlin called “football in August.” That translates to “he was overheated” and should be fine.

I wonder if that football realizes just how lucky it is. I doubt it. pic.twitter.com/JdHgwgpvjm

Is the Shine Off Sutton Smith?

Sixth round draft pick Sutton Smith was the “sexy” pick of the 2019 Draft. The edge rusher from Northern Illinois is built like a human fire hydrant and is exceptionally quick around the end. In spring OTAs, the team experimented with him as an H-back on offense which got fans even more excited. Then Training Camp started… He has been largely a non-story and didn’t even play in the first preseason game. Tomlin was asked if Smith was falling behind with how much time he’s missed and his answer “Yes.” The blunt, single word answer speaks volumes there.

I understand that many fans enjoy seeing who scores touchdowns and who gets interceptions and so on during Training Camp but we really need to pump the brakes here. There is always context to each and every situation in Camp. Did a guy score a TD in a one-on-one drill vs 11-on-11? Did a cornerback make a pick in 7-on-7? Did the QB force the throw to see if the receiver would fight for the ball? I guarantee you the Steelers’ Coaching Staff is less interested in Camp stats than they are the film. When the regular season begins? Then I’ll pay more attention to stats. 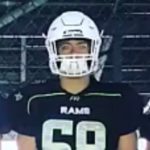 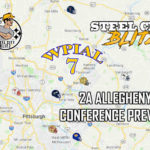