As he does each year during OTAs, Steelers’ Head Coach Mike Tomlin took his team to do some bonding and this time around he took them ‘Dave and Buster’s.’ If you aren’t familiar, this is basically a grown up version of Chuck E. Cheese. The games are a little more geared towards adults but then again, some of these guys are pretty young so does it matter? One of the big and newest attractions is the new Crossy Road game based on the new Pirates of the Caribbean movie. Anyone else find it funny to imagine James Harrison playing that?

I think the biggest thing Alejandro Villanueva has to think about in regards to a new contract is injury. The Steelers hold all of the cards in his situation for the next two years. At that point he’ll be 30 years old and it’s highly unlikely he’ll get the big contract he’s looking for. He and his agent obviously feel he’s worth more than the Steelers do but he’s going to have to realize sooner rather than later that he’s only going to get so much and it won’t be top, left-tackle money either. I hate to see him play for just $615,000 this season and suffer an injury. He really needs to consider what he’s being offered.

I’m very excited that ESPN is bringing back Hank Williams, Jr to their Monday Night Football telecast but then I heard Florida-Georgia Line was involved and wanted to puke. They might as well be the “Hanson” of pop country.

Tweet of the Day… Nail on the head here from Larry Foote. Coaches in general have gotten way too cute with how they manage games in all sports.

Why do coaches try to be cute???? Keep the pitcher in

This is from Ray Fittipaldo’s chat yesterday. Can someone please explain to me what is so difficult about knowing his name is Martavis?

Bob Sacamento: Ray love the chats. If Martavius can stay on the field he should be the biggest deep threat in years. Draws comparisons to Randy Moss except MB is bigger and stronger. Or am I drinking too much of the steeler-koolaid?
Ray Fittipaldo: He was a great deep threat in 2014 and 2015. Nothing has changed except for him getting right with his off-field issues. From what I have seen in OTAs, the burst is still there, as it should be. He’s still young and in his prime.

The closer we get to Training Camp the more concerned I get over the inside linebacker position. We do realize that behind Ryan Shazier and Vince Williams there is very little in talent and/or experience right?

SCB Steelers’ Quick Hitters: The “Bocephus is Back!” Edition 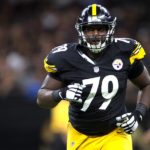