I’ve been trying to get Steelers’ fans to come to grips with something. I can’t guarantee it will or won’t happen but if you’re just a casual fan and think that drafting either Devin Bush or Devin White is a foregone conclusion then you aren’t thinking this through. First, White has been projected to be taken in the top 15 pretty much from the get-go. If (and here’s a big if) he’s still there at 15? Then Kevin Colbert could move up to get him with the 10 draft selections he currently has at his disposal. But the reality is that White will be gone before then. That leaves Bush who has rocketed up draft boards after his big performances at the Combine and his Pro Day. The same holds true for Bush; if he’s there at 15 or so then will Colbert make the move to get him? Everything we’re hearing is that Colbert prefers Bush so would he be willing to give up more to get him? All of these things are fun to consider but the hard truth here is that it’s more than likely that neither player is going to fall close enough to 20 for Colbert to move up. The price to get into the top ten would be substantial. They would have to trade this year’s first rounder, plus two to three other picks AND a pick next year if you go by trades into the top ten in recent years. I don’t see Colbert spending that kind of collateral. Therefore, it’s time to come to grips with the fact that the Steelers will not be selecting a linebacker at 20. Is the demand high for one? Of course it is but you can’t sell the farm for one guy either with other areas of need as well.

Tweet of the Day… Today is Vietnam Veterans Day. My father served two tours of duty. Thank you to all of these men and women who served on behalf of our resident veteran here.

My heartful thanks to my fellow Vietnam Veterans on this Our National Vietnam Veterans Day, for your service to our Country and in memory of those who did not return.
I am proud to be called your Brother…
Rocky Bleier pic.twitter.com/XeFZBVu804

Perhaps you can relate to this but since the end of the 2018 season, I keep seeing more and more Browns’ gear being worn around where I live. I understand the hype and excitement but I have to ask, why weren’t these same people showing their support prior to Baker Mayfield and Odell Beckham, Jr? Part of being a fan is supporting your team no matter what and I get it, that’s hard considering the past history of the Browns but come on. Either you’re a fan or you’re not.

New Patriots’ Defensive Coordinator Greg Schiano retired abruptly this week just months into his new job. In a joint statement with Bill Belichick he cited a need to return to his “faith and his family.” That may well be the case but I’ve been around long enough to know that when someone leaves and says they need to spend more time with their family that usually means something isn’t good.

The Steel City Blitz Steelers Podcast 122 presented by 26shirts.com/Pittsburgh will record tomorrow. All the latest on free agency, Draft prep and why AB is like a girlfriend regretting that she dumped her man. 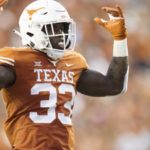 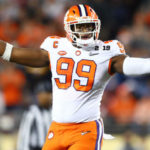