Last year, we at SCB started an exercise where we created our own NFL Draft Big Board. This concept isn’t exactly new but it was something we hadn’t done and we wanted to give it a shot. We are now in the midst of creating our board for this year. Ours is a bit different. We look it from the viewpoint as if the Steelers had each pick. Who is the first player we’d take? Then once they are off the board we ask who is the second player the Steelers would take and so on. This often creates a lot of difficult discussions because it’s hard to set aside feelings of what they “need” versus just evaluating talent on a player by player basis. It’s something we clearly enjoy doing because we do put a ton of time into it. Once we have it all together we’ll put it out there for your consumption and you’re critiques of course.

Also coming from us will be a series of Mini-Podcasts. Each of these 15-20 episodes will focus on specific positions and guys we like and don’t like. I think you’ll enjoy these a lot!

Tweet of the Day… This is why coming up with our Big Board is so difficult.

The @SCBlitz War Room has been battling it out now for several days as our Big Board comes together. We haven't actually gotten to the prospects yet because we are still arguing over the choice of beer.

I want to send a huge thank you to Alex at New Era for sending me the Steelers 2019 Draft Day hat. While I’m not crazy about the design it does little to take away my love for New Era caps. They are a terrific company and do a great job connecting with people like us. I’m a 39/Thirty Large/Extra Large fan if you’re wondering. 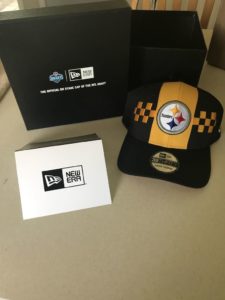 The Steelers continue to purge the ranks of the now defunct AAF… They signed Casey Sayles, a defensive lineman, who was with the Steelers last summer. He played with the Birmingham Iron and hails from Ohio University. He becomes the sixth AAF player signed by the Steelers joining the most recent three defensive tackle Winston Craig, linebacker JT Jones and cornerback Kameron Kelly.

Something that’s been on my mind lately is the Steelers’ move towards more ‘high-character’ guys in the Draft. Character is very important in my opinion and our Steelers have certainly had players on both ends of that spectrum. But… if you could draft a guy with a few minor issues in his background but more talent than a guy with a flawless character sheet would you do it? That’s my concern for the Steelers. Has and will this organization pass on players simply because of character? We will continue to find out. 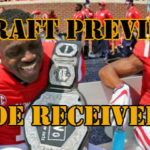