Yesterday something happened that should have happened a long time ago. Perhaps that sounds biased being a Steelers’ fan but I really don’t care. Bill Nunn was finally honored by the Pro Football Hall of Fame as he was named a contributor finalist. Pro football is so much more than just players and coaches and Nunn was the classic case as to why guys outside of that should get in the Hall of Fame. The longtime Steelers’ scout was responsible for finding guys like Donnie Shell, John Stallworth and Mel Blount among others. All three of those are Hall of Famers in their own right and each was a cornerstone of the great 1970’s dynasty. Art Rooney’s franchise has always been on the cutting edge of doing right by African-Americans and Nunn was a key cog in that. While many scouts went to hot beds like Ohio State, USC or Nebraska, Nunn went into the Deep South and more specifically to Historical Black Colleges and Universities to find talent. He did just that and now has the honor that sadly he is not around to enjoy. Nunn passed away back in 2014 inside the Steelers’ facility which seemed to damn appropriate. The Pittsburgh native and West Virginia University grad is one of few inside the Steelers’ organization to have six Super Bowl rings. We here at SCB are thrilled for Nunn and his family. This is long overdue.

Tweet of the Day… Ian is a smart dude and he’s spot on here as well.

All sports have their good and bad aspects, but there is absolutely nothing that matches playoff overtime hockey

Steelers Head Coach Mike Tomlin was asked what position was Cam Sutton’s best right now. Tomlin replied, “Versatility is his best position.” Sutton had done a great job in a number of capacities that include slot cornerback, boundary cornerback and safety. He can play in the base defense as well as any of the specialty packages Keith Butler deploys. Great teams always need players like Sutton. Is he as good as Minkah Fitzpatrick or Joe Haden? No, but he’s no less important.

JuJu Smith-Schuster missed a second straight practice while Diontae Johnson missed yesterday as well. To top things off, Ryan Switzer was unable to finish practice due to an injury. Tomlin didn’t sound all that worried though and stated that guys like Amara Darboh and Ray-Ray McCloud got a lot of snaps with the first team offense. Tomlin has always been a believer that this is how you build depth and good teams. One guy’s misfortune is another’s opportunity. 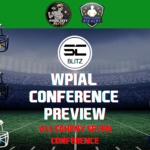