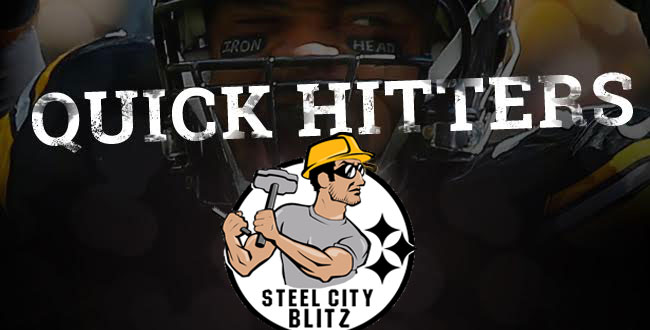 Pittsburgh wide receiver Martavis Bryant is entering the final year of his contract in 2018. By most accounts and certainly my own, Bryant did not have the type of season that was expected in 2017. He was coming off a full year’s suspension for violating the NFL’s substance abuse policy and then struggled at times both on and off the field. My question is this; could the Steelers trade Bryant this offseason? In my mind it’s a “yes” but fans have to understand that what the Steelers could get in return isn’t what they may think. Bryant was a 4th round selection and has provided more headaches for the team than he has highlights. I am in no way guaranteeing this happens but they will field offers and if one comes in higher than a fourth I think the Steelers will listen. So yes, the “Alien” could be in another uniform in 2018 or he could be playing in his final year in Pittsburgh because I don’t see the team re-signing him.\

NFL Commissioner Roger Goodell has already said that the NFL must clarify their “catch” rule for next season. That would certainly be nice now wouldn’t it? While they’re at it, could they possibly do something about the subjectivity of pass interference among many other things?

Tweet of the Day… How often do you got shouted out to by the Hulkster???

You’re the GOAT now, dude! Rookie of the year in my book!! #TeamJuJu

I had some thoughts as to why the Steelers don’t draft guys from Alabama.

The Steel City Blitz Podcast presented by 26shirts.com/Pittsburgh records tonight! It should be posted late this evening!

While the draft is still a few months out, it’s important to note that the Steelers (as of this writing) are without selections in the fourth and sixth rounds. Those are due to trades made last season. It is not in the Steelers’ typical style make trades that garner lots of draft picks so I don’t see things changing much but don’t rule it out either. It’s common sense, the more picks the better.

We are now less than a week from the Super Bowl which I have zero interest in…. I’m already tired of Tom Brady and Bill Belichick and all of the Pats’ cute little slogans. I’m just making myself angry… 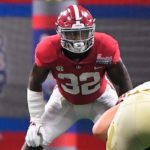 I love football and the Super bowl is the crown. We will have some friends over and pretend we are in the Burgh in the 70’s. That means drink with a safe way home, and some great home made Pittsburgh food. We are doing pigs in a blanket with 2 different style pierogies with a veggie plate or 2. It’s the last game of the year and i’m not really rooting for anyone. I just want to see a great game. I hope everyone does the same.