The Pittsburgh Steelers have been busy over the last week taking guys over the last several days. The team has signed fullback Roosevelt Nix to a new four-year deal which likely puts him among the highest paid fullbacks in the league. His value on special teams however is just as vital in my opinion. Also staying put was guard B.J. Finney who signed a one-year extension. He was set to become an exclusive rights free agent in March which gave the Steelers all of the control in his situation. This makes that a moot situation.

That wasn’t the only business the Steelers got done however. They also re-structured the contracts of David DeCastro and Stephon Tuitt (per Field Yates of ESPN) in an effort to clear cap space. Do not jump to the conclusion that this was done to make money available for Le’Veon Bell. Pittsburgh also needs to make room for free agents and players drafted as well. This should be the beginning of many more moves the Steelers will make. While the 2018 NFL year hasn’t officially began, the Steelers are clearly “takin’ care of business.”

Tweet of the Day…  You’ve probably seen this but it bears watching again. JuJu doing chores.

Mom putting me in my place! Making me broom around the house ????? pic.twitter.com/VVd8EmJ7ku

Speaking of JuJu…. Longtime Pittsburgh media caveman John Steigerwald apparently felt the need to go after the young wide receiver via twitter after JJSS asked fans to rate his top play from this year. I wonder what it’s like to be miserable 24/7.

Calm down. You've been in the league for 20 minutes. https://t.co/vyyZlMkDbs

I believe the time has come for regular joes like myself to do play-by-play during Olympic Figure Skating. I think it would be hilarious but that’s just me. And it’s OK to admit you watch figure skating. Tara Lipinski and Johnny Weir are the best analysts in any sport. They have the type of honesty we need in pro football.

Check out Cnic’s latest Draft Profile on Boise State LB Leighton Vander Esch. Could the Steelers break from their tradition and go with a non-Power 5 guy in the first round???

Congrats to Sidney Crosby on his 400th career goal yesterday. They tell me he’s pretty good at hockey.

I am not concerned about new Steelers’ Offensive Coordinator Randy Fichtner being “green” when it comes to calling plays. He did it at the collegiate level but the real reason I’m not concerned is Ben Roethlisberger. I have total faith that anything that may get messed up can be resolved because of Big Ben’s knowledge and experience. 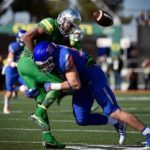 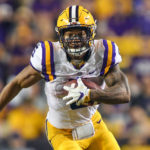