Pittsburgh Steelers’ Defensive Backs Coach Carnell Lake announced he was not returning for the 2018 season. You can find his comments right here from steelers.com. Basically, Lake wants to return to California where his son is going to be entering his final year of high school and Lake wants to be there for that. I’m not going to say I wouldn’t want to be around for that too but don’t for a second think this is all Lake’s decision. The defensive backs have not progressed under him. Artie Burns and Sean Davis did not take the step forward you want to see in first and second round picks in their second season in 2017. Furthermore, guys like Shamarko Thomas, Curtis Brown, Shaquille Richardson, Gerod Holliman and to an extent Cortez Allen never developed despite being drafted during Lake’s time. I always enjoyed Carnell Lake as a player but the time for change is now. The secondary has struggled with communication issues far too long as well.

So…. Who replaces Lake? The guy most fans want is Rod Woodson who most recently coached DBs in Oakland. Much like Lake though, fans must realize that just because a guy was a great player for the team doesn’t automatically translate to coaching success. I’d like to see someone come in who is very well-versed in fundamentals and communication regardless of anything else.

I’m ecstatic that changes are being forced.

Here’s Episode 60 of the Steel City Blitz Podcast presented by 26shirts.com/Pittsburgh. We had way too many laughs towards the end of this.

Tweet of the Day #2…. VWill laying down some serious recruiting advice!

Like if you are a Five star running back and you don't have Stanford, Wisconson or Mich st in your top five you are trippin trippin.

Art Rooney II spoke with a select group of reporters yesterday and as expected he didn’t reveal anything that was going to make national headlines. Among the highlights…. The team would like a long-term deal with Le’Veon Bell but stopped short with info on the potential for the franchise or transition tag… Ben Roethlisberger told him he wants to play three more years. Team would look to extend his deal making it more cap friendly… Blamed loss to Jaguars on two turnovers rather than on looking ahead to the Patriots… Thought the team was pretty focused but did admit there were some issues that need to be cleaned up… Called Mike Tomlin “one of the best coaches in the league” and was very happy to have him here.

ARII handled this as I would expect. He shared some thoughts and concerns, had some praise and looked to the future. For all the talk that he is very different from his father and grandfather he handled that very much like they did. Do not however take this to me he is happy or content. I think there will be some in-house changes this coming season in an order to clean up the locker room and simmer the drama.

Make sure you check out our rising draft coverage as well as the Olympic Previews in a wide variety of events. 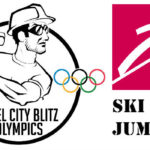