I counted no less than three different incidents involving the Bengals’ Vontaze Burfict from Sunday that at the minimum should have been flagged. One particular incident involved him kicking the head of Steelers’ fullback Roosevelt Nix. It was neither flagged nor has it been addressed by the NFL. Yesterday they declared there would not be a suspension. So to be clear, it’s OK for a player who already has a record of unsportsmanlike conduct to kick a player but a “violent tackle” gets you a flag and a fine. This is the type of crap that makes me scream. “We have to address hits to the head!!!” But yet ‘kicks to the head’ are apparently OK. Sheesh.

Here’s my opinion to fans on Martavis Bryant. Stop for a second and remember that these men are more than just football players. They are actual people like you and I have many of the same issues and concerns so many of us deal with on a daily basis. Consider the recent pattern for Bryant… He demands a trade. The next day he smooths things over and everything is good. A week later he’s going after JuJu Smith-Schuster on social media and again demands a trade. The next day he is “sick” and misses required meetings because he’s at the doctor. This is the third such time he’s missed in the last month. AND… the team has no plans to trade him or discipline him. Don’t assume he’s at the doctor because of an injury… You can draw your own conclusions from there.

The players are off today but don’t forget, Mike Tomlin’s Press Conference will be at Noon today.

Really proud of this guy and all he’s doing for the city of Pittsburgh with the @97HeywardHouse. Keep it up brother. @CamHeyward pic.twitter.com/lukGIoxohs

Really is incredible that the Steelers were able to maintain control of themselves with so many opportunities to retaliate against Burfict. In fact, the Steelers didn’t have one offensive penalty Sunday.

Want to know why I believe the offense is still struggling? Here’s my breakdown from last night. Pssst… It has to do with red zone and short yardage!!

JuJu Smith-Schuster is the youngest player in the NFL yet he’s handled this whole “Bryant social media” stuff like a pro. Good for him.

Interesting thing I saw yesterday… If the season ended today, the Browns, Ravens and Bengals would all be drafting in the top ten.

If you’re into Fantasy Football then don’t miss Chris’ “Trust or Bust” articles each week prior to the games. He knows his stuff and could be the difference for you in your leagues! 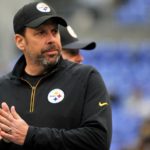 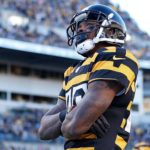 Martavis Bryant Timeline and Where We Are Now