The NFL’s trade deadline is later this afternoon and we’ve already seen two trades go down in the last 24 hours. The Patriots sent Jimmy Garoppolo to the 49ers for a second round pick and the Seahawks acquired Duane Brown from the Texans for cornerback Jeremy Lane and a draft pick. This of course leads to the obvious question of “will the Steelers make any moves prior to the deadline?” I’m a firm believer in “never say never” but right now I don’t see anything on the horizon. I think there are two areas I would definitely be interested in upgrading depending upon the price. First is the tight end spot. If Vance McDonald’s knee is a troublesome as we are hearing that leaves Jesse James at number one again and he isn’t getting the job done. The other area is depth at inside linebacker. Ryan Shazier and Vince Williams are head and shoulders above those behind them and should one go down I have little confidence in Tyler Matakevich or L.J. Fort for any extended period of time.

The Patriots’ trade is curious. Obviously they weren’t going to franchise Garoppolo as he is a free agent after this year but his departure leaves Tom Brady as the only quarterback on their roster and practice squad. I realize Brady is nothing short of Superman but he’s been hit a ton this season and is one shot from being on the sidelines. Look for the Pats to sign Brian Hoyer.

Joe Haden had an interception on Sunday that was taken away due to penalties against his unit. That doesn’t take away from the fact his pick was a thing of beauty. He high-pointed the ball, extended his arms and made the catch. It was a very athletic play.

Everyone is in such a damn hurry to anoint the Steelers as a “Super Bowl” team. Super Bowl teams don’t leave the points on the board they did Sunday night and Super Bowl teams don’t give up over 400 yards passing. Super Bowl teams also find ways to score touchdowns in the red zone. Yes, this team is fully capable of getting to the Super Bowl but if you’re writing articles about “how ready they are” or “they have what it takes” then you need to relax. This season is no just 50% over.

We will announce the 3 finalists of our “Nevahbeen” contest today Noon! Those three then must submit videos to us that will be displayed here. Steeler Nation will vote for the winner.

I think we’ve seen at least one sign of positive news regarding Martavis Bryant. He did not go to social media following the game Sunday night. Hey, it’s a small step but a step in the right direction isn’t it?

Have a great Halloween Steeler Nation! 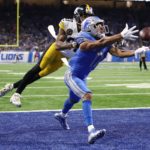 Things are Lining Up for the Steelers But Improvement is Needed 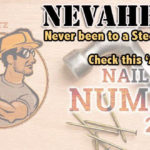