It looks very much like at least two major changes are coming to the National Football League. The first, which I believe is needed, would allow teams to activate two players from the Injured Reserve List rather than just one. I do not believe it should be expanded beyond that however. The second significant change appears to be coming to overtime. League owners are expected to approve a ten minute period beyond regulation. It sounds as though the current format of a “first touchdown scored ends the game” will stand. Personally if they are going to shrink the time then I’d like to see the entire time played out and whomever is leading at that points wins.

These items still have to be voted on but both are expected to pass.

The Steelers came to terms with second round pick JuJu Smith-Schuster yesterday. It’s a four-year deal.

Tom Brady’s wife Gisele Bundchen started a firestorm yesterday when she claimed her husband had a concussion last season. Bear in mind this never appeared on an injury list for his team. While she isn’t a doctor, who else would know about this other than his spouse. In my opinion… This is another example of why the rest of the NFL believes that the Patriots play by a completley different set of rules.

Tweet of the Day… Cam was feeling feisty last night.

In a trolling mood tonight pic.twitter.com/fDSb58olpe

Don’t forget the Steel City Blitz Podcast presented by 26shirts.com/Pittsburgh is live tonight at 10pm Eastern. We will hit on a number of topcis this evening and I’m pretty confident you’ll find all of them informational and entertaining.

Last week I wrote about fans and ‘experts’ expecting way too much of the rookies. While it’s OK to have expectations people need to realize that as of right this moment, there isn’t one of these rookies who is in line to start at his position. Let’s get through OTAs and training camp first shall we? 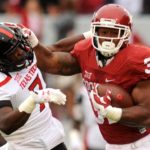 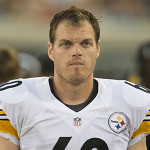