With all due respect to the late Tom Petty I’m going to borrow his line for my title today because the Pittsburgh Steelers are in fact making some changes where many fans, including this one, have demanded. When the Steelers open their OTAs and Mini-Camps later this spring and summer there will be a new offensive coordinator, a new receivers’ coach, a new defensive backs coach and for all intent and purposes, a new defensive line coach. Considering this is a team that went 13-3 those changes are pretty significant. As most of you know, change is often hard, but as I type on this snowy February day, I think they are changes for the best. They bring experience and maturity and a belief in fundamentals. For a relatively young football team I feel this is a positive and don’t be surprised if more changes happen.

For those wondering about the condition that new defensive line coach Karl Dunbar has that causes the pigment change in his face it is called vitiligo. You can check it out here.

And then this happened! After months of sacrificing time with family and friends, hard work has paid off. Its never too late to try something different. Education is key. #ilearnedAPAformat #LifeAfterFootball #MoreThanFootball. #Ididthat. Look forward to walking in May. #RMU pic.twitter.com/MH1GSzWCnM

Congratulations also to William Gay who has joined former Vice-President Joe Biden’s Foundation. This was established to help end sexual and domestic violence which is something very dear to Gay’s heart. His other was killed as a result of domestic violence. Whether he’s played his final snap of pro football or not it’s great to see players like him (and Charlie above) find life and purpose after the game. There are far too many that don’t.

Stay up to date with the Winter Olympics by following @thesteelersnat. That’s Ian’s Twitter handle and is has you covered on all of the action.

If you own a business in the Pittsburgh Area and would like to sponsor some of our content email me at contactscblitz@gmail.com.

As if you didn’t already know…. Quarterback salaries in the NFL are out of control. Chances are of these top 3-4 QBs heading into the Draft only one or two will have some success. All four are likely to make way more money than they are worse and they can thank the Derek Carr’s and Jimmy Garoppolo’s of the world.

In terms of our own QB, I expect the Steelers to re-work Ben Roethlisberger’s current deal. It will be much “cap-friendly.” Don’t be surprised if Antonio Brown and David DeCastro do similar things. 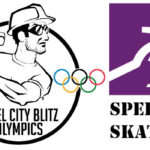 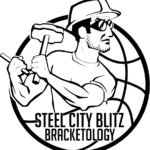