SCB Steelers’ Quick Hitters: The “Back in the Saddle” Edition

Much thanks to Ben for covering ‘Quick Hitters’ over the last few days. His writing is far better than mine so hopefully you could understand his ‘big words.’ I’m always amazed at how much information I miss in just a couple of days. It’s further proof that the NFL is truly a 365-day event. For those that don’t know, I took a much needed family vacation to the Smoky Mountains for four days. I had been through there before but had never stayed. I can’t say enough about the people, the food and beauty. We stayed in a house that survived the recent fires in Gatlinburg. Literally, there were other homes and vehicles left in ruins just a few feet away from where we stayed. It really put things into perspective for us. All that said, I’m glad to be ‘back in the saddle.’

Steelers’ left tackle Alejandro Villanueva once again gave of himself yesterday. The former Army Ranger was due to fly to Spain when he gave up his seat to allow s a student to join the rest of his group on an overbooked flight. According to KDKA, Villanueva was offered compensation for giving up his seat but he declined it. What more can you say about this guy?

Apparently Ben Roethlisberger’s twitter account has ‘unfollowed’ a number of NFL writers and reporters. I’m proud to say yours truly was not among them….

Tweet of the Day…. Just in case you missed this awesome moment!

Who wears a Bumble Bee Ben jersey to Masters Sunday? What a legend. pic.twitter.com/o0sPNrUfxz

Lot of talk heating up about the Steelers possibly taking an inside linebacker early in the draft. I don’t think it’s as much smoke as some others do but I do believe it will require tings in the draft to break a certain way. The number of three-down inside backers in this draft is very small and I’m not sure any of them will even be there at 30 let alone the second round.

Oh by the way… BREAKING NEWS! Big Ben announced he will return for the 2017 season. Now back to your regularly scheduled reading.

The Steelers have had workouts/private visits for four different QBs to date. Mahomes, Peterman, Webb and Dobbs. I’ve been told they like Mahomes very much but I just can’t see them blowing a pick in the top two rounds on him or any other QB. He has a lot of ability but needs work too.

Weirdest thing I saw on vacation: Young woman was among a group of people that included my kids. They had the chance to feed and pet a penguin at the Gatlinburg Aquarium. The young woman stood up and removed her coat which revealed a shirt with a penguin crying on it. On the back, it had the number 87 and said “cry baby.” So let me get this straight, you’re wearing an anti-Pens/anti-Crosby t-shirt WHILE you’re playing with a real penguin??? Bizarre….

Have an outstanding Monday Steeler Nation! 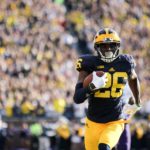