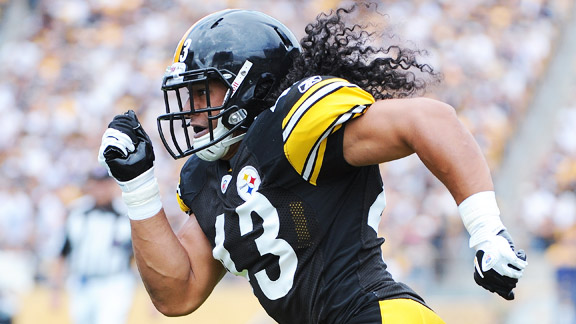 Welcome to Monday Steelers’ fans. I’m expecting  the first round of cuts today as the Steelers need to go from 90 players down to 75 by tomorrow.

-As many of you know, rapper Snoop Dogg took to social media in a profanity-filled tirade against Steelers’ offensive coordinator Todd Haley. “Get us a real offensive coordinator,” said Mr. Dogg “We ain’t won a playoff game since we had (him).” The real disappointing thing about this is that Haley’s rabbit ears were up. He now wants to challenge Mr. Dogg to take the ice bucket challenge if the Steelers’ brass OK it.

-Coach the offense Todd and stop worrying about what people are saying about you whether true or not.

-As much as I think the starters could use some work on Thursday, look no further than Sam Bradford (our for the year) and Cam Newton (cracked rib) for reasons to sit Ben Roethlisberger at the very least.

-Based on Le’Veon Bell’s explanation of his DUI arrest I’m assuming he followed former President Bill Clinton’s marijuana claim. “I smoked but I didn’t inhale.”

-It’s rare for teams to actually game-plan for preseason opponents but the Steelers did prepare for the Eagles’ offense. I think I speak for everyone when I say “It didn’t work.”

-He might not be a Steeler but kudos to Seahawks’ cornerback Richard Sherman who called out the NFL’s new movement to enforce rules on defensive backs. Sherman said the whole thing was about “money and fantasy football.” He couldn’t be more correct.

-Look for Brett Keisel to get some action on Thursday night.

-It was a rare thing Thursday night in the third quarter when Steelers’ safetyTroy Polamalu exploded in the huddle. The normally quiet Polamalu had seen enough and it got the attention of the guys in the huddle who rarely see that from him.

-The Steelers will practice today at 115pm and tomorrow at 1pm. Look for Coach Tomlin’s weekly presser tomorrow at Noon Eastern. 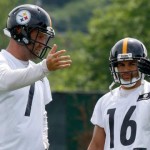 While I don’t disagree with what Sherman said I liked to add these couple of reasons: Superbowl XLVIII played a huge role and the 2013 Broncos offense. Those 2 other reason plus the ones Sherman pointed out contributed to the change of rules. I’ll make simple for everyone The smart thing to say is the DB’s can still make plays if they control there hands but that’s the smart thing to do not the right thing to do. The right thing to do is for the CB’s to play the ball and not the WR. There are times in this preseason where penalty call is right and no one can argue it, but then there are times where you don’t know why the defender rule is called. So for the CB’s to succeed just play the ball and if you can cleanly hit the WR that’s a bonus as well.