Today is the day that some folks have waited 38 years for and no, I’m not talking about a Bengals’ playoff win. It’s the solar eclipse we’ve all been waiting for!!!! Some of you anyway… Yes, it’s pretty cool and all but there are much more important things to be discussing like our Steelers for example!

Thank you again to Craig Scott for the tickets to yesterday’s game. It was my son’s first time seeing the Steelers in Heinz Field and preseason game or not he didn’t care. He loved it and will be sending a nice ‘thank you’ note to “Uncle Craig” when we get home.

Our very own Chris Garman was down on the field before the game yesterday with his wife and child courtesy of Steelers Nation Unite. I was jealous up until the point he sent me a pic of he and Antonio Brown. Now I just hate him.

Speaking of the SCB Crew, it was great meeting Ian yesterday for a little pregame breakfast. We all talk daily but it was nice to put faces with names!

This was my postgame write-up from last.

So many guys played their butts off yesterday… I can’t imagine what it must feel like to know you’re giving it everything you have and it still might not be enough.

Tweet of the Day… Hate to say it but I think there’s something to Bell’s reply.

I'm not goin anywhere unless they get rid of me ??? https://t.co/pisuaDzHSa

The Steelers’ kick return game is a mess. I hoped Knile Davis might be the answer but that’s not looking so good. Mike Tomlin does not like using defensive players as return men in most cases but sheesh, there has to be someone more consistent right?

Great to see Martavis Bryant back in action. Other than a nice catch down the sideline he was pretty ineffective but still, sky is the limit for him and this offense.

Jordan Dangerfield came up with two big interceptions yesterday. One was right in his bread basket while the other was a really nice athletic play. Those plays help his stock but let’s face it; he’s benefiting from weak depth at safety too.

Time to hit the road. Have a great day Steeler Nation! 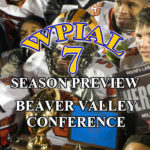 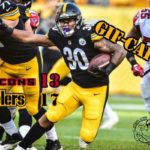