The final day of August. Where does the summer go?

As the father of a son with autism, I’m starting off today’s QH with this story. If you didn’t see it please check it out. I’m so incredibly fortunate to have had my son diagnosed at an early age and he has made remarkable progress. Not all kids with autism are as fortunate and I deal with many of them in my “real profession.” Anyway, kudos to this Florida State football player (Tyler Rudolph) who committed a simple act of kindness and made a mother’s day.

Mike Tomlin essentially ruled out every starter on the team yesterday for the preseason finale in Carolina. That was to be expected so what you can expect is a lot of Landry Jones, Fitz Toussaint and loads of rookies.

Here were my thoughts on Ladarius Green starting the season on the PUP list.

Check out this amazingly detailed piece on going to Steelers’ Training Camp. It’s from a friend of SCB (Mike Walsh) who got some pretty cool access.

"He's non-stop. He's like the energizer bunny. His work ethic is remarkable."

Speaking of Big Ben… With a huge article in the Post-Gazette on him as well as his comments about Colin Kaepernick, it was only normal for the “Ben-hating” crowd to re-surface. These are the people who refuse to actually read up and study exactly what happened with him several years ago. They used to anger me and in some ways still do but I’ve learned to ignore them as much as I can. It’s easier for them to believe headlines and lazy narratives than to actually search for the truth.

I’m really on the bubble with where rookie linebacker Tyler Matakevich is going to land. With so many good linebackers it is possible he doesn’t make the roster and folks need to accept that. If he does make it however, it will be well-deserved. 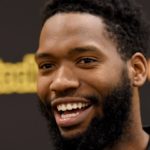 Steelers’ Free Agent Prize Is So Far a Dud 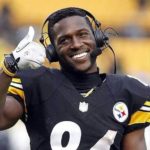