Tuesday is upon us Steelers’ Fans.

It’s no ordinary Tuesday though because the Steelers opened Phase Three of their offseason program by beginning OTA’s this morning. One sight for sore eyes was Le’Veon Bell who participated and looked very healthy and ready to go. I still believe at this point he will see very little action in training camp.

A couple of other good notes from the first day… Ben is about 15 pounds lighter than last year and I think that is important. Now he just needs to keep it off all season. Maurkice Pouncey reportedly looks very good as well and was excited to be back on the field today.

Two announcements were made from the Steelers today:

First is that future Hall of Fame guard Alan Faneca will be in at camp this summer as a “Guest Assistant Line Coach.” His knowledge and attitude will be invaluable for this group of Steelers’ linemen.

Secondly, the Steelers also announced they will hold joint practices with the Detroit Lions prior to the two teams opening the preseason slate against one another in August. Those sessions will be held August ninth and tenth in Latrobe and then the preseason opener is on Friday the 12th.

Incredible news that @JamesConner_ is cancer free. Really happy for an amazingly strong young man who fought like a champ.

Not sure if you saw this but Cincinnati tight end Tyler Eifert will have ankle surgery and could miss the start of the season. That could be good news for the Steelers who play the Bengals in week two.

One of the things I’ll be curious to hear about is the relationship between Big Ben and new tight end Ladarius Green. If that blossoms then watch out! 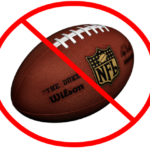 Let’s Just Get It Over With and Ban Football

Breakout Season or Not; Jarvis Jones is a Valuable Piece of Steelers’ Future