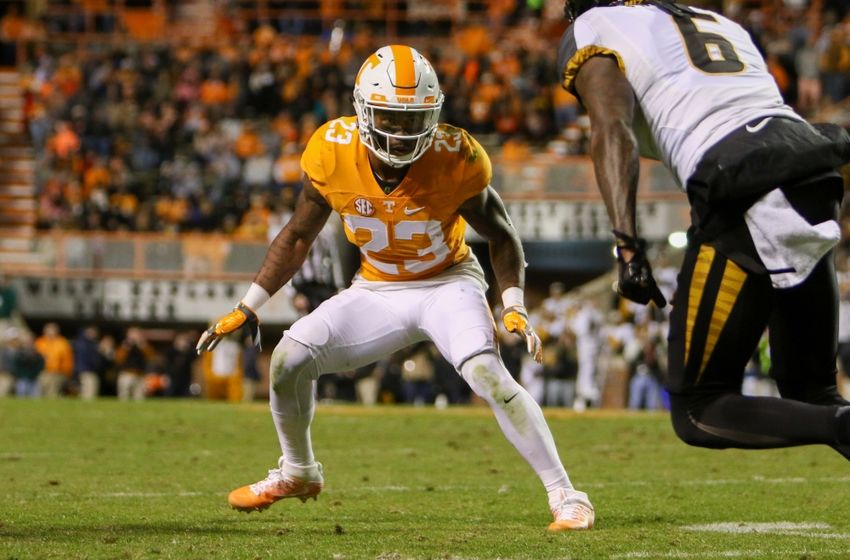 The Pittsburgh Steelers have met with Cam Sutton not just once, but twice. Taking a look at a cornerback option that the Steelers clearly have interest in.

What’s to like: Does a good job mirroring. As good as any cornerback in this draft at breaking up passes. His anticipation is also as good as any. Has good recovery speed. Has special teams value a punt returner, was actually a pretty good one. According to NFL.com Sutton has been “Praised by coaches for competitive character and selfless, team-first attitude”. Played in the SEC.

Concerns: Needs to put on some muscle. Low effort against the run when engaged by blocker.  Shows no aggression when being blocked, just waits for play to come to him. Not overly athletic, not much burst or quickness. Too eager for my liking, jumps easily when reading the quarterback. Gets beat off the line too easily, doesn’t jam at all.

Verdict: The Steelers clearly have interest in Cam Sutton, but I came away very underwhelmed. I saw an off-man corner who can mirror well and is great at breaking up passes, but just didn’t cut it in the run game. Not quick enough or physical enough for the slot. Reminds me exactly of Ross Cockrell in almost every way. In Pittsburgh’s defense, cornerbacks have to be aggressive, willing tacklers who have a nose for the football, I just don’t see that with Sutton. It’s weird, he was really good as a sophomore and a junior. This is a stacked cornerback class and I personally think there are better options to upgrade Ross Cockrell.