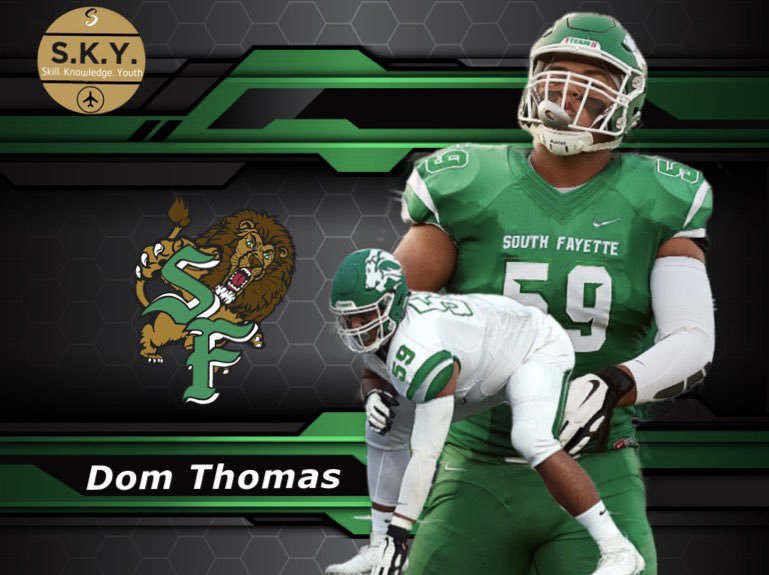 Dominick Thomas will be a senior at South Fayette in the fall.  He is expected to be one of the leaders for the team in 2019. His ability to block on the offensive line and his ability to pressure quarterbacks on the defensive line are reasons why he is one of the best linemen in 4A. Robert Morris University and the University of Rhode Island are some of the Division 1 football schools that have gave offers to Thomas. Check out all of our WPIAL previews to get ready for the 2019 season. See how South Fayette stacks up against their competition in our Northwest Eight Conference Preview.

What’s it like playing football for the South Fayette Lions?

What are the expectations for South Fayette’s football team in 2019?

DT: “What I expect out of the South Fayette football team, this year, is an undefeated state championship season.”

What’s your relationship like with your head coach, Joe Rossi?

DT: “Me and Coach Rossi have an amazing relationship. Ever since I moved to South Fayette in 7th grade, he treated me with open arms and lots of respect.”

Who is one player on your team that doesn’t get much attention from the media that deserves it?

DT: “If I had to choose one player on my team that doesn’t get as much attention from the media that deserves it, it has to be my boy Jimmy Matijevich. He’s under the radar right now; but I’ve watched him for the past two years. Watching him on JV, I’ve rarely ever seen him drop a pass or miss an assignment. I think he’s due for a crazy season this year.”

What is special about attending South Fayette High School?

DT: “It is a family environment, and everyone supports the sports team.”

You also play basketball and baseball. What’s it like being a three-sport athlete?

DT: “Unfortunately for my upcoming senior year, I have chosen to only focus on football. However, being a three-sport athlete was tough. My schedule all summer used to be, wake up early in the morning, and go to football. Then immediately after, I would have basketball practice, and then later in the day, I would have to play in a baseball game. It was tough. I was just used to switching from sport to sport.”

If you had to choose one other WPIAL football to come play for South Fayette, next season, who would it be and why?

DT: “If I had to choose one player to come and play for South Fayette next year, I would have to choose Marques Watson-Trent (Blackhawk). The reason for that is because we’ve been good friends for a while now, and it’s always a battle when we play against each other. If we’re on the same team, that’s a whole other story!”

Tell me something that people would be surprised to know about you.

DT: “Most people don’t know this besides the guys on the team; but I only started playing football sophomore year.” 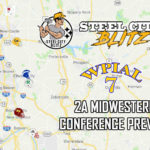 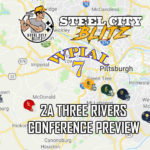