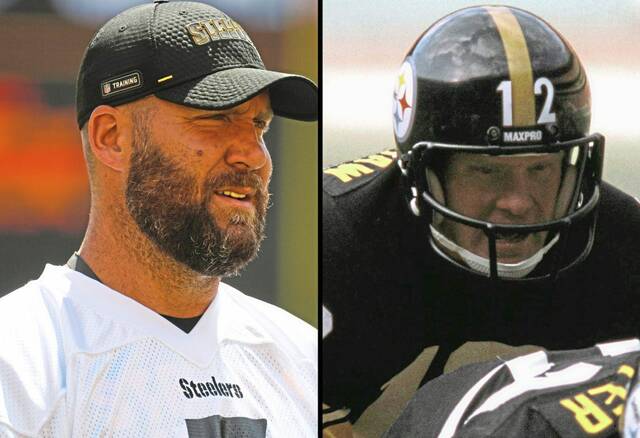 When Benjamin Todd Roethlisberger walked off the Heinz Field grass in January of this year, it marked the end of an era. For 18 straight seasons, Big Ben entered those years as the starting quarterback of the Pittsburgh Steelers. Prior to his arrival, the Steelers struggled to find consistency at the position. From Kordell Stewart and Mike Tomczak to Neil O’Donnell and Bubby Brister, the post Terry Bradshaw years were a struggle. Speaking of Bradshaw, it’s his final season that I want to eventually focus on.

The Black and Gold enter 2022 with more uncertainty than we’ve seen in many, many years. Check out Betmgm promotions to see exactly what I’m getting at. Last season, many experts and sportsbooks across the US had the Steelers finishing dead last in the AFC North. With Roethlisberger no longer as mobile and a weak offensive line, bettors were not kind. This season, we are already seeing similar projections as casinos and sportsbooks expect big things from Baltimore and Cincinnati.

The End for the Blonde Bomber

Bradshaw’s last season in Pittsburgh was technically in 1983 where he played in just one game (because of elbow issues) , a week 15 win at the New York Jets. That season, the team was led by Cliff Stoudt who went 9-6 as the starter for 15 games. Despite a nice 9-2 start, Stoudt struggled down the stretch and became the target of fans who were less than thrilled with his performance. He finished that season with 12 touchdown throws and 21 interceptions.

Stoudt eventually left the Steelers for the USFL. Upon his return after a couple of seasons in Birmingham, the Steelers traded him to the then St. Louis Cardinals. From there, the long run of misery was underway for the QB-loving fans of Pittsburgh. In 1984, they traded a third round pick for David Woodley who split time with Mark Malone. The team made a surprise AFC Title Game appearance where they would lose to Dan Marino and Miami 45-28.

The long list of guys who would make starts in between in the Bradshaw and Roethlisberger eras would include everyone from hopeful superstars on the rise to journeymen backups looking for one final crack at a starting job. With the Steelers entering the ‘Post Ben Era,’ I want to go back and look at that 1984 season. One could certainly argue the post Bradshaw era began in 1983 but since he was still part of the team the following season seems more appropriate.

With the glory days of the 1970’s dynasty period in the rear-view mirror, Head Coach Chuck Noll relied on his handful of leftovers to guide the youth movement. Center Mike Webster, WR John Stallworth and Safety Donnie Shell were the only guys in the locker room with four Super Bowl rings. All three would eventually enter the Hall of Fame.

Younger players like Louis Lipps, a Pro Bowler in ’84, Mike Merriweather, also a Pro Bowler and Brian Hinkle were tasked with trying to make the Steelers once again relevant in the National Football League landscape. As it is today however (not nearly to the extreme though), the quarterback position was the apple of any coach’s eye.

Drafted in the first round of the 1980 NFL Draft, Malone was the prototype for what quarterbacks have become. At 6’4″ and 220 lbs, he was physically exactly what Coach Noll wanted. Malone came out of Arizona State where in three years he threw 23 TD passes and 28 interceptions. Remember however, this was an era that relied heavily on running the ball and throwing deep off of play-action. In today’s world, those numbers wouldn’t get you a look period from the NFL.

Oddly enough, Malone’s NFL stats mirrored his collegiate ones. He ended up with 60 TD passes and 81 interceptions. The ’84 campaign however saw him win six of nine starts while throwing for 16 touchdowns and 17 picks. His efficient play in the divisional round in Denver guided the Steelers to a 24-17 comeback win and launched them into Miami for the AFC Title Game.

Despite an early 14-10 lead, Malone largely had to play the Dolphins from behind. While he passed for 312 yards and three touchdowns, he also threw three interceptions. Part of Malone’s problem that day was his counterpart, Dan Marino. The Pitt star in his second year threw for over 400 yards and four scores. His only blemish was an interception to Donnie Shell. Malone just couldn’t match the high-powered Dolphins who would go on to get crunched by the San Francisco 49ers in the Super Bowl.

The only other guy to start a game at QB that season was Woodley who went 3-4 and just seemed to never get out of his own way at times. He threw eight TD passes to seven interceptions and actually averaged almost 20 yards passing per game more than Malone. A season later, he and Malone split time again but Woodley’s 14 picks in just nine games spelled the end for him.

Turnovers and alcoholism were the main factors in Woodley’s inability to become the Steelers’ man of the future. He would eventually retire to his native Louisiana where he continued to battle drinking problems. This led to a liver transplant and ultimately his death at the young age of 44.

The Steelers of 2022 find themselves in a similar QB situation. Much is expected of a mature, experienced rookie first round pick in Kenny Pickett. But veterans Mitchell Trubisky and Mason Rudolph are also competing and won’t just hand the position over to him.

With an improved running game and hopefully shored up defense, the QB (regardless of whom it is) must take care of the football and generate points. None of these three is expected to emulate Bradshaw or Roethlisberger but that doesn’t mean there can’t be success.

Pittsburgh Could Be Surprise Package in NFL...

Who the Steelers WILL NOT Draft in...