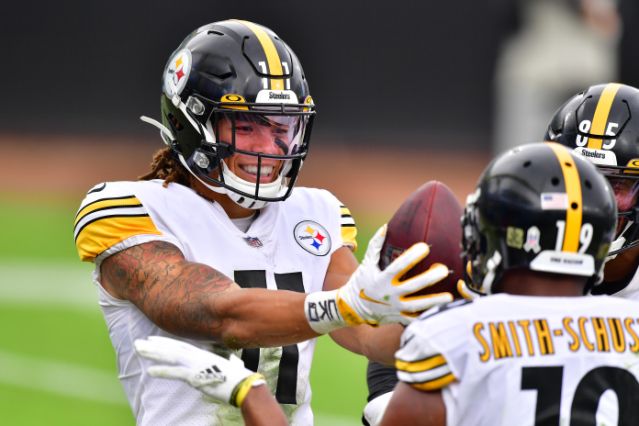 The Pittsburgh Steelers of 2021 will likely look a lot different than they did just a season ago on the football field. Another change they should be considering is one that isn’t on the field. It’s actually a change that exists deep in the offices of the team. After what I read today, it might be time to start considering a replacement for Bob Labriola.

The long-time Steelers Digest and Steelers.com writer has become like so many of his contemporaries in that they struggle to identify with today’s athlete and NFL player. Rather than try to understand their angle and why they are the way they are, “Labs” seems intent on just being a curmudgeon. In his column on wide receivers today, Labriola wrote the following on Chase Claypool.

Claypool didn’t need very long to establish himself as a difference-maker, as a receiver capable of making plays down the field, and he was the offense’s primary deep threat throughout the season. If there was a negative, it was that it seemed as though Claypool’s diva quotient increased consistently over the course of his rookie season. Whether that turns into a problem or comes to be viewed in the future as growing pains will develop over time.

I honestly don’t know what in the hell a “diva quotient” is but I’m pretty confident than I’ve figured it out. What Labriola is saying is that he doesn’t care for Claypool’s antics after scores, big plays or moments of frustration. They are making him (Claypool) and the organization look bad. In other words, Labriola is clearly concerned that Claypool is quickly becoming another Antonio Brown or JuJu Smith-Schuster. The horror!!!!

First of all, can we please not group Brown and Smith-Schuster together as I’ve seen in recent months? JuJu has not been accused of a crime. He hasn’t driven recklessly down McKnight Road or thrown furniture from a balcony and to my knowledge he hasn’t been accused of sexual assault either. HE LIKES TO BE ON SOCIAL MEDIA!  Un-Freaking-Believable! A young adult enjoys being on social media. I’m stunned!!!

And because Labriola saw Claypool learn many of the social media ‘tricks of the trade’ from JuJu, therefore he must be well on his way to becoming just another diva wide receiver the Steelers don’t need. What the Steelers actually need is less archaic thinking in the media department. This whole comment just stinks of an old man who doesn’t like the changes that are happening in society so what does he do? He rants against those that are part of the change.

I’m likely closer to Labriola’s age than I am to Claypool’s so I understand his “Get Off My Lawn” mentality at times. There’s plenty that irks me about today’s athletes and coaches but you know what? When I was their age I did stuff that older folks didn’t like and I’m no worse for it.

I’ve often given Labriola credit on this site. It cannot be easy to answer some of the ridiculous questions he gets in his “Asked and Answered” column each week. “Yeah Bob, do you think the Steelers should trade Big Ben for a couple of first round draft picks?” Holy mother of God I don’t know how the man keeps a straight face answering questions like this but maybe it’s all gotten to him.

Maybe it’s time to bring in some younger, fresher people who can relate more with today’s football player in Pittsburgh. In many ways the organization itself has moved on and doesn’t live in the past the way so many fans do. It’s accepted that players change, they evolve and they are shaped differently by society and their experiences. I think now is a good time for the Steelers to move on from Labriola before he writes something he really regrets. 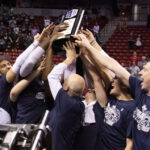 Is Mike Tomlin at a Crossroads With...

Wow the author of this article clearly doesn’t see the same thing as Labs, and through this ignorance he lashes out. Pretty petty and unprofessional. What I think Labs is saying is that our young receiver is showing indicators of divaism. Where Claypool goes with his professional career will be up to him but let’s pray he’s more like Jerry Rice than Terrell Owen’s. Pittsburgh has become pretty sensitive to divaism, just think Bell and Brown, so Labs is within his right to make this call out.

All due respect, calling him “Labs” tells me everything I need to know about your allegiances. Everybody has their opinions. And that’s just what they are……”opinions”. No more, and no less.

Petty much? “Labs” is a better analyst and football guru than most in his field. I don’t even think his analysis of Claypool was far-fetched or off at all. And after Brown, how can anyone not be a tiny bit worried about a repeat? Regardless, they’re both fine and sometimes you should leave well enough alone…

I don’t agree with Steeldad’s assessment of Bob Labriola’s ability to write for the Steelers. I believe he knows the Steelers inside and out and his assessment of Claypool is on point. I’ve been a Steeler fan for over 45 years and have learned they have no tolerance for ANY player who thinks the team can’t win without them (see Antonio Brown, LeVeon Bell, Franco Harris to name a few). I think the man shows remarkable patients and kindness in his responses to people who just haven’t thought their questions through or have no idea how the NFL operates. May he continue with the Steelers for as long as he wishes. I for one will miss him when he retires.