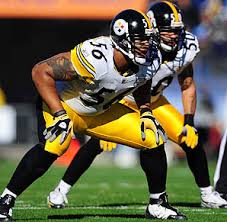 I’ve seen many tweets and comments regarding how this week starts the ‘playoffs’ for the Pittsburgh Steelers. I don’t view it that way. This team has never been guaranteed a playoff spot this season and my argument is that the playoffs actually started with a ‘must-win’ game in Baltimore.

The Steelers, behind Charlie Batch, won that game but have proceeded to lose the next two games in different, yet equally painful fashions. The playoffs for this team have so far been a failure.

Now is the time for the veterans to step up and lead this team into the ‘real’ playoffs. No more excuses, no more costly turnovers and no more mental errors. If this team is going to win the last two games of the 2012 season it will begin and end with their play and their leadership.

On the defensive side of the ball, Ryan Clark has represented himself very well this season playing the majority of the time without Troy Polamalu. Both of these veterans must make tackles and must make plays in the absence of Ike Taylor and with a weakened secondary overall. Troy has to make Andy Dalton check down and make sure he’s aware of his presence.

LaMarr Woodley cannot disappear and must create havoc around Andy Dalton. Pressure must be had by he and James Harrison and that pressure needs to result in turnovers or sacks. Dalton will fold under pressure as he did in the first meeting and as he did several times in the first half last week against the Eagles.

The other guy that needs to step up is Brett Keisel. After starting the season pretty slowly, Keisel has become more of a factor of late and he must step that up even more. Keisel doesn’t need to record sacks, but he needs to be a disruption. He has to get his hands in the air and make the throwing lanes difficult. He must also hold his his ground in the run game as well.

Offensively, one guy that can be a veteran presence is Max Starks who has played pretty well all season. Starks knows what it takes to get to the playoffs and if he hasn’t already, he needs to impart that knowledge on the younger guys.

I think it’s easy to say that Ben Roethlisberger has to step up his game and he does, but I don’t think he can if Todd Haley isn’t willing to spread the offense out more which means spreading out the defense. If Haley stays with his ‘two-tight end, pack the receivers in tight’ philosophy then Roethlisberger will struggle unless of course the running game picks up. I’m not holding my breath on that however.

Mike Tomlin has always been loyal to his veterans and many times to a fault, but he must demand a return on that  investment over the last two games. Guys like Larry Foote and Casey Hampton are not immune from the need to play better either because they’ve been down this road before too. Should the veterans struggle and not play well then I believe the Steelers will have much bigger problems than just missing the playoffs. 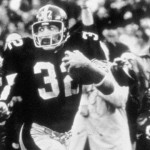 This Steelers Team is Not Going to...

Steelers’ New Hires Are a Year Too...