Looking at the Best Selections in Steelers’ Draft History 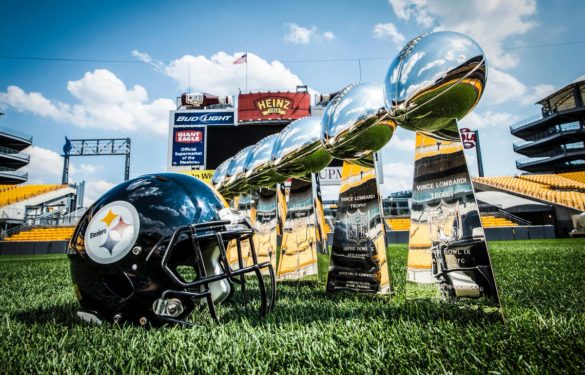 The Pittsburgh Steelers are the most successful franchise in Super Bowl history, with six
championships (tied with the New England Patriots). In the 70s, they won two back-
to-back titles in six years, making them the top franchise in the league. The San
Francisco 49ers are the only other franchise to win at least four Super Bowls in a
decade.

Established in 1933, they are the seventh oldest franchise in league history and the
oldest in the American Football League.

With their groundbreaking history, it shouldn’t come as a surprise that they boast
some of the biggest names to ever play on a team. We’re talking about a team that
has made the playoffs an impressive 32 times out of 62 seasons.

Many reputable NFL odds currently have Pittsburgh at +8000 to win Super Bowl
LVII. With the 2022 NFL draft now in the books, we decided to rank the five best
draft selections in Steelers history:

The title for the greatest cornerback in Steelers history will always be up for debate.
There’s Pro Hall of Famer, Rod Woodson, who spent ten years in Pittsburgh and
registered 38 interceptions.

But there’s also Mel Bount, one of the key defensive pieces to the legendary 70s
Steelers. He was selected 53rd overall during the 1970 Draft and would go on to
make history with the franchise.

Blount spent 14 years with the Steelers, registering 57 interceptions and four
defensive touchdowns. He also led the league in interceptions and won the
Defensive Player of the Year in 1975. His record for most career interceptions in
Steelers history (57) remains to this day.

Other honors include 5× Pro Bowl, 2× First-Team All-Pro, and a Hall of Fame
induction in 1989. Talk about a rewarding 3rd round pick!

The 1970s Super Bowl-winning Steelers team might be one of the greatest defenses
the league has ever seen. And you can’t highlight it without giving credit to Lambert,
arguably the greatest linebacker of the 70’s.

Lambert was the 47th overall pick in the 1974 Draft and was quick to make his mark.
Before that, many scouts passed upon him being a preferred linebacker due to his
height (6′ 3″ during his rookie season).

He was part of the team that won the Steelers their first-ever Super Bowl
championship. He was named the Defensive Rookie of the Year and went on to win
the Defensive Player of the Year two years later.

Lambert made the Pro Bowl nine times in ten years and First-Team All-Pro six times.
He was elected into the Canton in 1990, six years after his retirement.

In the 70s, the Steelers had a formidable defense boasting players like
Greene, Blount, and Lambert. Selected 4th overall by the Steelers during the 1969
NFL Draft, Greene became one of the greatest defensive linemen in NFL history.

He was named the Defensive Rookie of the Year in 1969 and earned the NFL
Defensive Player of the Year honors twice. Mean Greene, as he was popularly
known, retired as a 10× Pro Bowler and was selected First-team All-Pro five times.
He became a Hall of Famer in 1987 after a successful 12-year spell in Pittsburgh.

One thing that seems to be a divide among Steelers fans is who wears the crown for
the best quarterback in Steelers history. Many who witnessed Bradshaw in the 70s
lean towards him being the greatest, and it’s pretty hard to fault their reasons.

Bradshaw was the No. 1 overall pick in the 1970s draft, and he fully lived up to it after several seasons of struggle early on. We could give more credit to the 70s Steelers defense for winning them their first four
Super Bowl titles, but Bradshaw was almost equally as instrumental to their
championship run. Take Bradshaw out of the scene, and it’s a different story.

Until Bradshaw, no other quarterback had won three, much less of four, Super Bowls.
He was league MVP in 1978 and back-to-back Super Bowl MVPs. His other
achievements include First-team All-Pro and 3× Pro Bowl selections and a Hall of
Fame induction.

If you’re not buying the Terry Bradshaw argument, then you’re most likely on this
side. And as hard and unfair as it may seem to Bradshaw, we’ve got to anoint
Roethlisberger as the greatest draft pick in Steelers history. Bradshaw already
admitted Roethlisberger is the greatest quarterback in Pittsburgh’s history, and he’s
right.

Big Ben is the only player on this list who didn’t play in the 70s. He was selected 11th
overall during the 2004 NFL Draft and helped the Steelers to their fifth-ever Super
Bowl victory in 2005. By doing so, he became the youngest ever quarterback to win
a Lombardi trophy (23 years).

He won his second Super Bowl in 2008 as the Steelers became the first team to win
six Super Bowl titles. Roethlisberger retired last year as a 6× Pro Bowler after 18
Canton-worthy seasons in Pittsburgh.

At the 2022 NFL Draft this year, the Pittsburgh Steelers selected five offensive and
two defensive players. Quarterback Kenny Pickett was the first name to be
announced as the franchise’s newest addition, earning the 20th overall pick.

Can the Steelers replicate their past success?