Looking at Kenny Pickett Through the Lens of Another Former Rookie 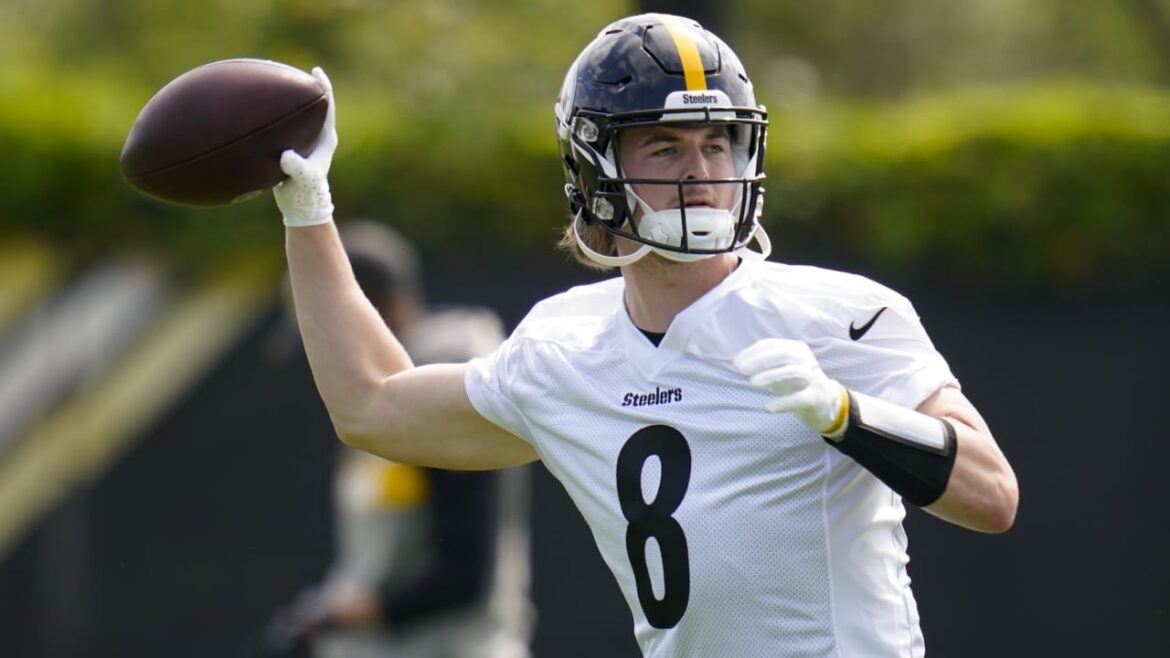 One of the most common things to do in sport is compare. We compare Michael Jordan to LeBron James, Wayne Gretzky to Mario Lemieux or Barry Bonds to Babe Ruth. We look at statistics and we look at the level of competition and we discuss the significance of the era in which players played among other things. When it comes to quarterbacks in the NFL – especially rookie quarterbacks – Peyton Manning is often the standard bearer and that’s where I’m focusing on with Kenny Pickett.

Back when he was a rookie in 1998, Peyton Manning led the Indianapolis Colts to a 3-13 record. He threw for over 3,700 yards, 26 touchdown passes and 28 interceptions. Had a rookie quarterback put up those numbers in recent years, there would have been massive pressure on the Colts to “make some changes” at their quarterback position. While the 26 TDs were impressive, social media likely wouldn’t have been buying all those picks and the 13 losses. This is what Kenny Pickett, the rookie and first round pick of the Pittsburgh Steelers faces this year but under much different circumstances.

Despite having Marshall Faulk in their backfield, the Colts finished that year 26th in rushing out of 30 teams. Defensively, the Colts finished 29th overall. In other words, Manning didn’t have much around him and it would take almost a full decade for his Colts to finally grasp a Lombardi Trophy.

As I said, Pickett faces significantly different circumstances than did Manning roughly 25 seasons ago.

First and foremost the necessity for Pickett to start is not even remotely as close as when Manning took over the Colts. That was a franchise desperate for a quarterback, not one replacing a legend. The Steelers also went out and grabbed Mitchell Trubisky, a guy with significant starting experience, on the first day of free agency. That factor alone illustrates the fact the Steelers feel no rush to get Pickett on the field immediately. That said, this is a QB with more maturity and experience than most rookie QBs have these days. Would it be impossible for Pickett to beat out Trubisky (and Mason Rudolph) for the opening day starting job? No, but there’s no immediacy the way there was for Manning.

Secondly, while the Steelers weren’t their “dominate selves” on defense in 2021, they still have a unit that is light years better than those Colts’ teams. They have the reigning defensive player of the year in T.J. Watt plus all-pros Cam Heyward and Minkah Fitzpatrick. Having a stable and mostly dependable unit on that side of the ball makes life easier for any QB, especially a rookie. Imagine scenarios where they turn the opponent over and provide short fields or consider that a solid defense also helps keep you in games week to week. This helps your rookie QB feel like winning doesn’t literally rest on his shoulders week in and week out.

Third, Pickett has the advantage of knowing the offense isn’t running through him. Yes, there will be situations where it absolutely has to but the approach of Mike Tomlin and Matt Canada will be to run the ball with Najee Harris and let everything else work off of that. Manning had no such luxury despite the presence of Faulk, a future Hall of Famer.

These first few examples seem to benefit Pickett but there is one that suggests that exact opposite. When Manning was a rookie, social media did not exist. The 24-hour television news cycle existed, but as we know, it was and is nothing quite like social media. Teams like the Steelers will say with utmost conviction that social media and fan reaction does not impact their decision making. For the most part that is true, but trust me when I tell you, the Steelers do in fact pay close attention to Twitter, Facebook et al. Does it make them react or change how they run the organization? No, but there are some teams that can’t say that.

For Pickett himself, can he handle the expectations? Not only is he a first round rookie but he played his college career in the very same stadium for a proud university fan base that will have astronomical expectations. There are any number of twitter handles with “future Mrs Pickett” or “Pickett’s number one fan” attached to them. Does he rise above that?

Regardless of whether Pickett starts right out of the gate or doesn’t make an appearance until mid-season, the pressure on him will be far greater (or at least very different) than what Peyton Manning dealt with in terms of social media. Everything else? That seems to be in his favor… For now.