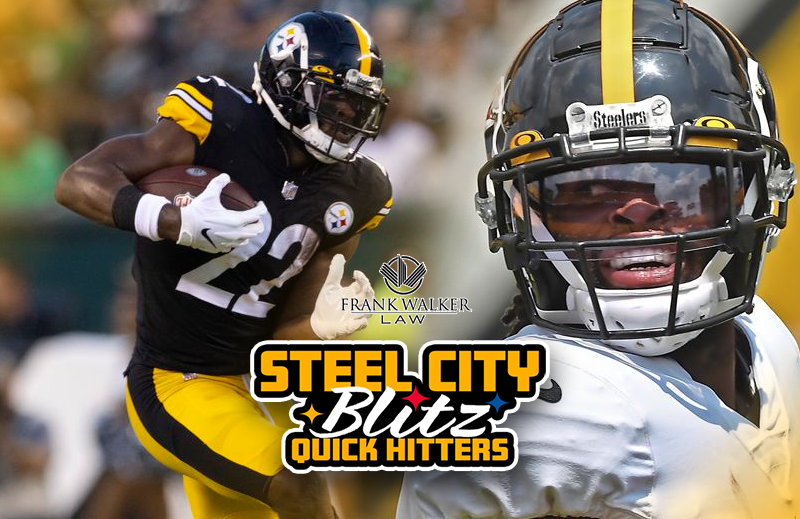 I hope that all of you had a safe and fun Fourth of July. We finally received some much-needed rain overnight which was great but for those taking this time of year for camping? Maybe not so much. Popping up a tent and building a camp fire isn’t the ‘camping’ I’m discussing today. The Pittsburgh Steelers will host their first public practice on July 27th in Latrobe. It’s the first time many of these players will have ever experienced life in Camp at St. Vincent College which means for guys like Najee Harris and Pat Freiermuth, they can expect to be hounded for autographs with more than usual fan voracity. The annual ‘Friday Night Lights’ practice will be held on August 5th at 7pm at Latrobe Memorial Stadium. This is a terrific opportunity to see the Steelers in an up close and personal environment as they literally come off the bus for practice. If you’re going to Camp this year, it’s free as always, but you will need a ticket and the team is encouraging you to have digital tickets for faster processing when you arrive. It’s hard to believe, but this is just three weeks away!

We recorded episode 275 of the SCB Steelers Podcast presented by DEK Roofing Inc last Thursday. Scarpino was not able to join us as he started drinking WAY earlier than he should have… We had some fun talking about guys who need help to make the roster plus the impact of Terry McLaurin’s new deal on Diontae Johnson and much more on the Steelers. You can check us out via audio or video!

It's not only America's birthday, but also my daughter's birthday. So we're grilling steaks.#SCBgrillpics pic.twitter.com/vGhaX9oqXp

I really believe we need to shift our focus from Diontae Johnson to Chris Boswell when it comes to who is going to get a new contract. With the Washington Commanders recently signing McLaurin to a three-year deal worth $71 million, I just do not see the Steelers matching that. This deal pays him almost $24 million per season and when you look at his numbers compared to Johnson’s there are some similarities overall McLaurin’s are better. You know the history – the Steelers have given second contracts to only two receivers – Hines Ward and Antonio Brown. Ask yourself, is Diontae Johnson on par with those two players? As for Chris Boswell, he’s the fourth most accurate kicker in NFL history and that includes a brutal 2018 campaign where he dealt with injuries. He’s incredibly clutch and is typically a ‘given’ from about 52 yards in. In other words, Boswell deserves to be paid among the highest level of his contemporaries. As for Johnson? Unless he chooses to take some form of “hometown discount” I don’t see it happening.

One of the arguments we often hear in regards to Deshaun Watson is that he should get way more than Atlanta’s Calvin Ridley. Ridley, who was injured and not playing at the time, wagered a grand total $3,900 across six separate bets. His Falcons’ team was included in these bets. Watson of course has been accused of dozens of women massage therapists of everything ranging from inappropriate behavior to sexual assault. While two different grand juries failed to levy criminal charges against him, he’s settled 20 of 24 cases and is awaiting his fate from the league. Ridely was suspended for a full season. Therefore, shouldn’t Watson receive a much harsher penalty? The problem is that gambling in your own sport has always been more taboo than literally anything else. Just as Pete Rose. Anything less than a full season for Watson would be disappointing in my mind.

SCB Steelers Podcast 275 – A Little Bit of Everything

Looking at Kenny Pickett Through the Lens of Another Former Rookie