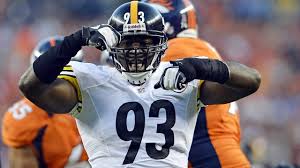 Since being drafted in the second round of the 2010 NFL Draft, Pittsburgh Steelers’ outside linebacker Jason Worilds has done very little in his four years to warrant the contract he and his agent apparently feel he deserves.

During the winter months, the Steelers used the transition tag on Worilds and he signed the offer sheet the next day guaranteeing him he’d make $9.75 million while working towards a long-term deal. That long-term deal appears to be less and less likely as reported earlier this week by Ed Bouchette of the Post-Gazette.

Bouchette reported that the Steelers put forth an offer for a long-term deal quite some time ago but Worilds and his agent rejected it. The team says it will not alter the proposal and Worilds has until the 15th of July to agree to it.

The reality of the situation is that Worilds was the beneficiary of a shortage of talent at his outside linebacking position. With LaMarr Woodley cut and in Oakland, the Steelers had very little choice but to keep Worilds any way possible simply because he the only guy with any experience. Ideally, Worilds agrees to this deal by mid-July and then he goes on to record 15 sacks, makes the Pro Bowl and helps the Steelers to the playoffs.

While we’d all love to think that those things will come to fruition we have to temper those dreams. Worilds is building everything on what amounts to an eight game stretch where he played to expectations he was drafted with four years ago. Prior to that, he was hampered by injuries and average to below average play.

The term ‘soft’ has started to pop up around Jason Worilds and there are few words in the English language that can crush a football player more than that word. While Organized Team Activities (OTAs) are not the be-all, end-all of the NFL season, when you are expected to be a key contributor and you’re standing and watching that doesn’t do much to kick the term ‘soft’ to the curb.

I have no idea what the offer from the Steelers was but I can’t believe they low-balled him as severely as some might think. Worilds is still in a good position because the team has very little at the OLB position in terms of experience. That said, the Steelers aren’t going to make the same mistake they did with Woodley and sell the farm.

I’m glad that Jason Worilds believes he should be paid but as far as I’m concerned he hasn’t proven he is worth it. The down-side for the Steelers is that if Worilds does play exceptionally well he could price himself out of Pittsburgh’s range. Something tells me that isn’t going to happen though.

Changing the PAT is Controversial, But It’s...

Impact of Joey Porter Needs to Be...

Here’s the big picture, The front office is banking that Worilds and Jones are legit. If they are wrong then what, Ike Taylor and William Gay are going to cover all day? Don’t worry because they aren’t going to show off they’re stuff in preseason. This special group has it all planned out. Why didn’t you think they drafted a corner early, They got it under control!!!

I don’t even know if they are banking on anything from the OLB corps. You are right, the DBs can’t cover for more than a few seconds so the pressure better come from somewhere.