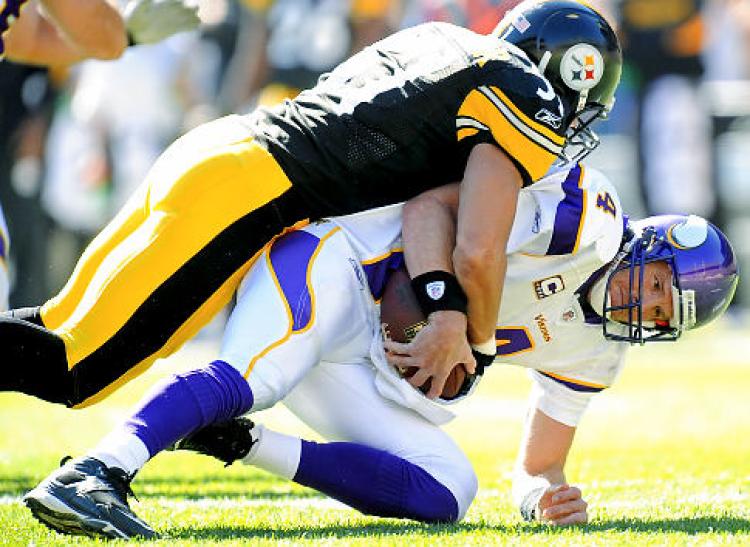 After watching the All-22 from last weekend of both the Steelers and Vikings games, I’ve come to some conclusions that contradict some of those I held on Monday.

– While I think that Bell did run with more confidence and authority after he took a few good shots in pass protection​, the run game was unsuccessful not because of him, but because of the line. They did not block well in the run game. The huge holes we were accustomed to seeing the last 9 games of 2016 were not there. I give some credit to the Browns’ D, but also fault the Steelers’ O line for sloppy line play. James Conner was also ineffective with 4 carries for 11 yards. I also do not fault him. As poorly as the line was blocking, Haley and James Saxon should have considered using Terrell Watson for a “3 yards and a cloud of dust” series or two.
I would hope, and expect, that the line gets that together over the next few weeks. It’s just a matter of execution in concert. Every guy has to be on the same page.
– Where Bell played poorly was in the pass game. I blamed those bad throws in real-time on Ben. Wrong. Bell was out of position. Going into a route too shallow or with a slow break made for an ineffective receiver at RB. I would expect him to sharpen that up as well. It was very un-Bell-like.
– The pass protection was actually pretty good. Al Villanueva was not nearly as bad as I thought on Sunday. It’s funny how watching from above can change your perspective. The sack he gave up was not well-played on his part, but Ben had time to get rid of the ball, just no open receiver.
Foster and Pouncey clearly had some communication issues they need to clean up. There were seemingly a couple of “I got him. No you got him” moments between the two about the rusher coming through the A gap. That wasn’t a huge problem Sunday, but Ogbah isn’t as fast or as powerful as Linval Joseph who they’ll be facing this Sunday.
– Ben flopping and then grabbing Ogbah’s ankle was so lame that it was funny, and not dirty in the least. It reminded me of Jeff Van Gundy trying to break up the fight between Alonzo Mourning and Larry Johnson.
Ben saying that he did it to keep Ogbah from hitting another Pittsburgh teammate after the pick was equally as lame.
– Martavis Bryant’s route running is not where it needs to be yet.
– Conversely, Ben and AB have this psychic thing between them where AB breaks off the intended route, goes to where the coverage will be soft and Ben has already thrown it there. THAT is something that only a QB and WR who know each other very well can pull off.

– Jesse James is not Heath Miller and never will be. But, 6 catches on 8 targets and two TDs isn’t a bad day at all. In fact, it’s pretty darn good.

– The D backfield was pretty good considering that Joe Haden had practiced 4 times in a new system with new teammates prior to the game and only one of those practices was padded. You can see where he’s missing some calls and is a bit out of position. On the other hand, before last week Mike Mitchell missed 35 days and communication issues may have resulted from that as well. Overall, “not bad” though, just not great.
– The pass rush was more relentless than it was a scary Steelers pass rush like we saw from the 2005 through 2011 Steelers Defense. DB blitzes aside, it wasn’t generally a case of sacks or pressures resulting from lightning speed coming off the line. Last Sunday, typically it was a case of guys not winning on their first or second move and not relenting on their effort. I liked the high motor displayed by the front 7 in this regard, in particular Watt and Chickillo.
– Watt’s aside, all of the unnecessary roughness calls were justified, even the one that was flagged after the jumbotron replay. Using replay to judge a penalty is against the rules though.
Watt’s was a rookie mistake, coming in late on a pile that a QB was at the bottom of. The only guy he made contact with was Cam Heyward.

– Punt Return Team went for the block much of the day and netted a block for a TD return early.
Punt Team was it’s usual inconsistent self. I blame most of that on Jordan Berry. When he has room to boot it, he rarely kicks it well. When he’s in range to drop it inside the other team’s 20, he does so consistently. A 39 yard punt from your own 21 is less than inspiring. But, a 59 yard punt that outpaces the coverage and results in a 25 yard return is just as bad. He should be going for both hang time and distance. Danny Smith’s punt team needs balance.

– Kick return teams were fine this week. There was only one return, but it was from the “hands team” on a kick that landed at the 16 and resulted in a 4 yard return. All others were touchbacks.

Kickoff team was also fine this week, mainly on the strength of Chris Boswell’s 3 touchback kicks. They also covered a kick that landed at the 3 and was only returned to the 14.

Shooting themselves in the foot

– While the Steelers’ defense accounted for 81 of the Steelers 144 yards in penalties, flags were a bigger hindrance to the offense than they were the defense on Sunday.
The Steelers offense put itself in the following situations: 1st & 18, 2nd & 25, 1st & 15, 1st & 14, 1st & 20, 2nd & 12 and a 1st & 10 at their own 9 yard line that resulted from a special teams hold negating a return that would have placed the ball at the 25. Those kind of self-inflicted wounds kill drives.

Three punts that can be at least partly attributed to the team putting itself behind the chains may not seem like a big deal. Until you consider that the team only had 10 drives total on the day. Mike Tomlin was correct when he said that those kinds of penalties result in situations that “are reflected in the total number of plays and the point total.”

– The Vikings come to Pittsburgh on a short week after looking great on Monday vs. New Orléans. But, after watching the film it may be more a case of New Orléans playing poorly than Minnesota being a truly dominant team.
– The Vikings’ run defense looks strong and was solid in 2016. I’m just not sure if that was because of Adrian Peterson and the Saints’ line or if they are actually that good.
– The Vikings pass defense was not as strong Monday, but was effective nonetheless.
– Where the Vikings looked outstanding at home in their dome was in the Red Zone where New Orléans, a 66% success rate team in 2016, went 1 for 5.

– The Vikings’ offense looked strong as well, but again I’m not sure if that was because they are that good, or if there was a mirage caused by them playing the New Orléans defense.
– Vikings run game looked great. The Vikings pass game also looked strong. Conversely, the Saints defense looked consistently overmatched.
I find it difficult to believe in this much improvement from a Vikings offensive line that was among the worst in the NFL in 2016.  Is it really as improved as they looked on Monday night? Losing Matt Kalil and Andre Smith and replacing them with Riley Reiff and Mike Remmers may help some. But, it’s not like they added pro bowlers at tackle. In fact, far from it. Thus until I see it consistently, I think this was a case of playing a bad New Orléans defense.
– The Vikings receiver talent is substantial. Stephon Diggs runs great routes, Adam Theilen is a scary matchup for our Nickel and Dime backs. Jerick McKinnon looks good coming out of the backfield and Kyle Rudolph may be a better receiver than any tight end the Steelers have.

– Dalvin Cook looks great running with the ball, especially at the 2nd level. But, I don’t expect him to have as much room to work with this week in Pittsburgh.

Keys to winning the game for Pittsburgh:

1) Limit the penalties, especially mental mistakes like delay of game, off sides and holding. Those were killers last week. “Lack of discipline, blame the coaches.” “Fire Haley for his stupid game plan.” Both are short-sighted takes.
The starters didn’t play together much in the preseason, but most are veterans and know how important things like detailed execution are. I blame this first and foremost on locker room leadership, or more specifically a lack of it.
The starters didn’t play much in 2016 in the preseason, did not have Le’Veon Bell week 1 because he was suspended and still went out and embarrassed a Redskins team that was superior to the Browns team they faced on Sunday.
They better clean that up and I mean now. You can’t go out with that little focus every week and expect to win consistently on ability alone.

2) Get Le’Veon Bell involved early and keep him in the mix. Last week he was a non-factor. The opportunities that having a defensive spy dedicated to our running back on each play, and the opposing front 7 playing tentative for fear of overrunning the play of the most patient player in the NFL, were non-existent. Establishing Bell as a threat HAS to be a priority this week.

3) The Steelers defense has to continue to mix coverages and apply pressure from different angles. In short they have to remain unpredictable as a pass defense.

4) A lot was made of the Steelers time of possession last week. Eliminating silly offensive penalties and not getting behind the chains should resolve that issue. I’m not concerned though because I expect that was a point of emphasis all week in practice.

5) Throw the ball long to Martavis Bryant and do it early. Ian pointed out to all of us here at SCB that the Steelers did not throw deep last week until their 5th drive. Through 7 drives, the Steelers threw deep only 3 times. That has to be established early to give Antonio Brown more room to operate without facing double and triple teams. 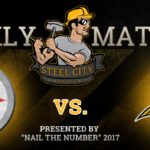 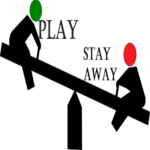 Not working together showed on offense it may take this unit several weeks to get it together. I know what not to do against the vikings and that would be trying to make plays around the line of scrimmage on offense. You have to stretch this defense out. That means a power run game combined with down field throws.