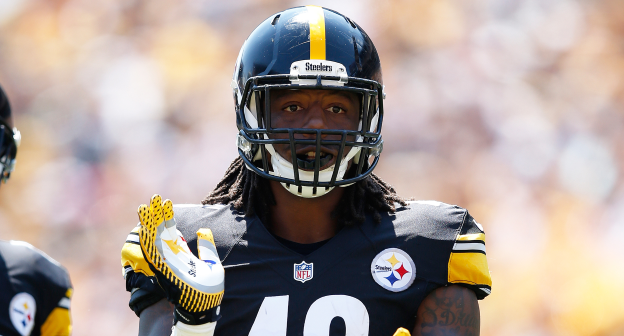 You’re about to read two different hypothetical scenarios. These are being posed to you simply as food for thought as the 2019 season is on our doorstep. Pittsburgh Steelers’ Outside Linebacker Bud Dupree is in his fifth-year option season where he’ll earn around $9.2 million. Some feel he hasn’t earned that while others believe this is the year he truly breaks out and confirms the first round status he was given.

It’s mid-February. The 2019 NFL season is over and our beloved Steelers finished the year at (insert your own record here). As the organization begins its prep work for the Combine, much of the talk is over what to do with Bud Dupree. Now a free agent, Dupree is coming off a season in which he recorded 13 sacks, forced four fumbles, recovered three, five passes defended and had two interceptions. The decision to have given him his fifth-year option prior to the season looks as though it was a stroke of genius by the Steelers. As an unrestricted free agent, Dupree is now free to sign with whatever team he chooses and he will likely command big money after the season he’s just had.

How Does it Play Out?

With a season like that, it’s unlikely the Steelers will pay what Dupree will demand. No one has ever questioned the effort of Dupree and they aren’t now but getting to the quarterback consistently is something every team in the league desperately wants and needs. The NFL knows his history. He’s been rather average for four years in terms of his stats but in a contract year he came up big. Do teams (and even the Steelers) trust that this is the new norm? Or will they think more negatively and assume once he gets paid that the average play will return?

It’s mid-February. The 2019 NFL season is over and our beloved Steelers finished the year at (insert your own record here). As the organization begins its prep work for the Combine, much of the talk is over what to do with Bud Dupree. Actually, there really isn’t much of a discussion to be had. Now an unrestricted free agent, he is free sign with any team but its highly unlikely he’s going to make what he made last season that’s for certain. Dupree recorded 4.5 sacks, forced a fumble and had zero passes defended.  As the season went on confidence in him dropped and the fan base was out for the blood of the Steelers’ Front Office who agreed to give him his fifth-year option in the first place.

How Does it Play Out?

Free agency is still several weeks away but the Steelers already know they have to upgrade at OLB. They could offer Dupree a much lower deal and tell him he can compete for the job as a reserve but their focus is clearly on someone else as the starter. The more likely thing that happens is that the Steelers and Dupree part ways. He says “thanks for the nine mill last season” and takes his talents elsewhere while the team holds the door open too.

Back to the Present

When the deadline was approaching where the Steelers had to make a decision on Dupree’s fifth-year option, the above situations were exactly what many had in mind. The Steelers like Ola Adeniyi a lot. Many fans like him a lot too and think he should be given every opportunity to win the job. If Mike Tomlin and Kevin Colbert felt the same way then Dupree likely would not have been given his option. This doesn’t mean Adeniyi can’t earn playing time in 2019. It just means that the organization didn’t view him as ‘ready’ at the time of Dupree’s deadline.

If you follow Dupree on social media then you know he’s prepared for the season. He’s taken excellent care of himself and the millions of more dollars given him do not seem to have altered his work ethic which is good. I believe Dupree is heading into his final season in Pittsburgh regardless of what he does. The two scenarios I presented explain my thinking.

This is however one of those situations where I hope Dupree has huge season. If he plays well and produces big numbers then that helps equal success for the Steelers and ultimately, isn’t that what we all want? He will then find greener pastures elsewhere. If he doesn’t produce? Then it becomes as simple as it can possibly get.

My crystal ball says, Dupree gets 7-9 sacks , 2 INT’s , 5 PD’s and gets rewarded handsomely by someone else. He’s more Mike Vrabel than Von Miller and we should utilizes his skill set as so. The Steelers should let him go it will be the best for both sides. I see him having a productive 4-6 years after he’s gone. The Steelers set up chess pieces on the board he needs a team that moves their pieces to benefit from a players strengths.

That’s exactly the stat line that worries people. Not great, but not bad either. Makes you wonder if the Steelers would consider bringing him back… I agree with you though Bob. Best to cut ties.

The last two lines of this article: “If he doesn’t produce? Then it becomes as simple as it can possibly get.” In theory, Steeldad, I hear what you’re saying, from a fellow FAN’s point of view. But from the Steelers ORGANIZATION point of view? I submit this as an answer: Daniel McCullers.