Improvement in the Steelers’ Kicking Game Can Benefit the Younger Defense 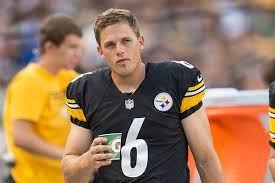 The most  forgotten part of the game of football is the kicking game and while NFL coaches will tell you that they stress its’ importance, kicking or special teams’ miscues are often the difference between a win and a loss.

As the Steelers look to make their 3-4 defense younger and faster, they’ll still need to take advantage of every possible thing they can. Improvements in the kicking game can help boost those advantages. Here are two key areas that the Steelers’ specialists can work on in an effort to help out the D.

Kickoffs – Last season, Steeler foes started their drives on average at their own 30 yard line. Shaun Suisham recorded only 24 touchbacks in 86 total kickoffs which was good for just 25th in the NFL.

The League leader was Matt Prater but he kicks in Denver (high altitude) so I use New England’s Stephen Gostkowski who was second with 65 touchbacks in 99 attempts as the standard.

Percentage wise, that’s a difference of 65% of kickoffs not returned for the Patriots to just 28% for the Steelers. That means the kick coverage team in Pittsburgh will see significantly more returns which increases the chances of returns for touchdowns as well as for big returns overall.

If Suisham is again the kickoff specialist for the Steelers in 2014 then this area has to get better and not just a little.

Punting – When the offense is forced to punt the ball away, the goal is for the punter to do two things; kick the ball high enough so that the coverage team gets down-field to limit the returner and for opposition to start as close to their own end zone as possible.

Mat McBriar attempted 40 punts last year and only 13 of those ended up being pinned inside the 20 yard line. The NFL Leaders were Dustin Colquitt and Dave Zastudil of Kansas City and Arizona respectively. They each recorded 35 punts inside the 20. While they both attempted almost double the amount McBriar did, their percentage was still much better.

Enter former Bears’ punter Adam Podlesh to the equation. Podlesh was signed this offseason and is almost guaranteed to improve the punting game based on his numbers from last year in Chicago.

In 68 punts, Podlesh had 27 inside the 20 yard line but the more impressive number was the fact that only 15 returns were attempted on his punts. Much like the kickoffs, the fewer returns given up in the punting game the fewer TDs and big returns you give up.

Podlesh will be challenged by Brad Wing who was an All-American punter at LSU but unless he can match Podlesh in terms of hang time and limiting returns I don’t see Podlesh being challenged.

If the Steelers can improve in both of those areas then they help themselves a great deal. That is something that can’t be overlooked with a younger than usual defense on the field in 2014.

Brandon Flowers to Steelers a Longshot