Home Injuries How have the Steelers fared in Roethlisberger’s 2nd games back from injury?
InjuriesQuarterbacksSteelers 2015 Season 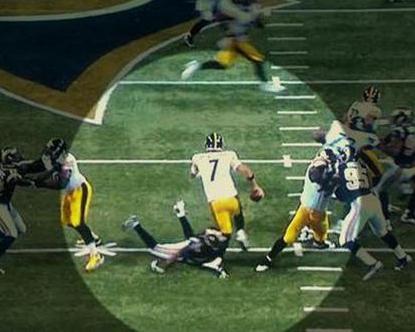 I really am expecting Ben Roethlisberger to be improved Sunday versus the Raiders by comparison to last week’s game versus the Bengals.

Another week of recovery time on that bone bruise in his left knee should, in theory, give him the confidence he needs to follow through completely on his throws from his plant leg.

Unfortunately, my buddy Earl had to point out that he thought Ben historically had a rough go of it in his second game back as well. So I started digging. Sure enough, Earl, the buzzkill that he is, was right.

In fact, when you look at Ben’s first two games back from injury over his career, the picture isn’t a pretty one.

Ben is 33 and I would like to believe that after the 2011 debacle in San Francisco, when he tried to play on one leg after leaving the Factory of Sadness 10 days before in a walking boot, that he now waits until he is at least close to healthy before coming back. Maybe this game will buck the trend. His first 2 games back in 2012 were losses. However, his own stat lines in those games were not too bad, as you can see above.

Ben looked very good on the first drive this past Sunday. On the second drive, Geno Atkins brushed past, hitting Roethlisberger in the knee, and Ben was never the same again. His throws floated and lacked zip. It was obvious that while he was making good decisions about when and where to put the ball, his body was not up to the task of delivering what his mind wanted it to. Ben was not Ben. The tight windows that Ben can typically deliver the ball into were too tight for a guy who could not put enough on the ball because he couldn’t drive through his plant leg when delivering it.

Let’s hope that his knee has healed enough for his performance to more closely match his own standards this week.

How have the Steelers fared in Roethlisberger’s 2nd games back from injury? was last modified: November 6th, 2015 by Ben Anderson
#PDXSteelers#steelersBen RoethlisbergerReturn From Injury 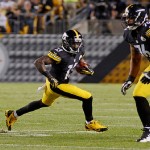 Don’t Put Failure of Archer All on Colbert 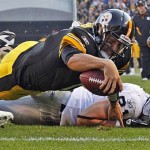 Roethlisberger Contract Situation Will Only Get Worse...