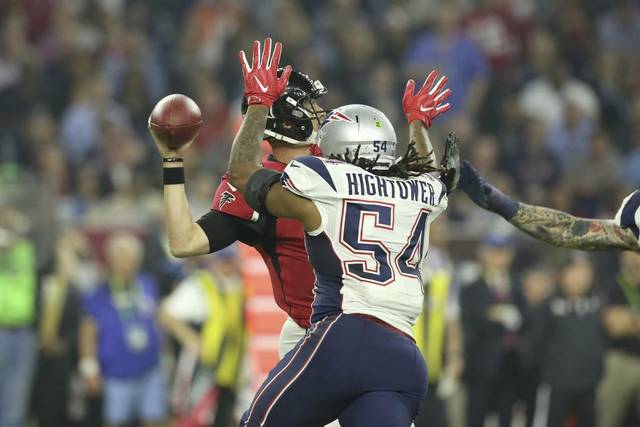 While most Steelers’ fans (and rightfully so) have little to no expectations that the team will sign free agent linebacker Dont’a Hightower, there are some interesting things to consider.

Last week, the Steelers entertained Bengals’ cornerback Dre Kirkpatrick and many thought he was going to sign with the team for somewhere in the $7 million range. When it was later revealed that Kirkpatrick re-signed with Cincinnati for over $10 million per season, it was easy to see why the Steelers passed. They just aren’t going to pay that much for a cornerback.

So that begs the question; why would they pay that much for a linebacker?

First of all, the Steelers have always prized linebackers over cornerbacks. The Rooney’s and their front office personnel have long held the philosophy that great linebackers make everyone else on the defense better. This isn’t something new either. Go back and look at contracts negotiated with linebackers versus those for cornerbacks and it is obvious to see.

The Steelers have always believed that getting pressure on the quarterback is more important than spending money on corners. It is what it is.

Bringing in Hightower also seems to make sense considering Lawrence Timmons is now in Miami. At 27, Hightower has several more years ahead of him and is known to be a great locker room guy. He is also a very good pass rusher for an interior linebacker and an excellent run stopper. While Vince Williams is a very good player, he’s not Hightower and the Steelers know it.

The Steelers liked Hightower when he was in the draft so there’s no surprise they should be interested in him now. The fact that they could also be taking one of the Patriots’ most important defenders is also an important point that can’t go without mention.

I am in no way saying I think this gets done but I do believe the chances are significantly better than they were with Kirkpatrick and his demand of $10 million per season. Giving Hightower $10-$12 million per season would be more ‘Steelers-like’ than ever giving a corner that kind of money.

The Steelers once thought outside the box with another former AFC East linebacker named James Farrior so maybe the stars align in that way again. 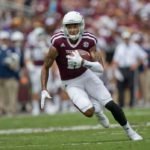 […] Yesterday was a busy day for the Steelers as several players either were in town or are headed into Pittsburgh. The most notable is Dont’a Hightower, the former Patriots’ linebacker who is scheduled to roll into town this week. Realistically, Hightower is probably out of the Steelers’ monetary range but that doesn’t mean you don’t take the time and see what the player and his agent are thinking. He’s likely to demand over $10 million per season. Considering the Steelers wouldn’t pay that to Dre Kirkpatrick, you’d think this would be a swift “nice meeting you, so long,” but don’t be surprised if the Steelers find a way to do this. […]

One thing came to mind as i was reading your article. It’s that you really don’t know what you have with a Patriots player. Belichick gets the most out of his players and uses them in a very unique way, and it changes from situation to situation. So it’s hard to know how these players will perform on another team. This may sound crazy but look at it in the Mike Vrabel situation backwards. Very average or below player with the Steelers but with the Pats way of using players he was extraordinary. So you really have to take a long look because, what he’s doing there may not translate.