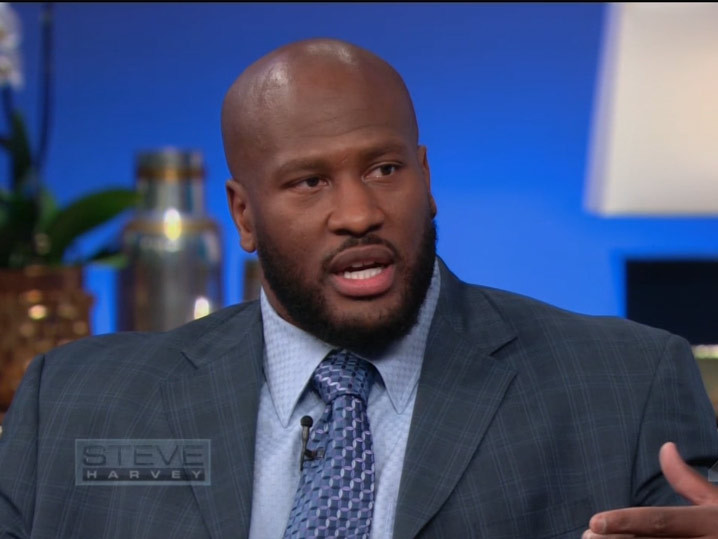 James Harrison has taken a stand regarding the NFL investigation into the December Al-Jazeera report involving performance enhancing drugs allegedly being supplied to him, and four other NFL players, by a man, Charlie Sly, who has since recanted his statements as lies told in order to enhance the reputation and credibility of the anti-aging business he was trying to build.

Harrison has more or less taken the position that unless the NFL first offers more substantial evidence supporting the necessity of the investigation, he will not be cooperating. That is, unless he can set the terms for that interview or interviews.

Harrison has some legit gripes in my opinion. Harrison was notified in January that the loosely substantiated allegations against him would be investigated and that his cooperation was necessary and would be demanded. He has also been drug tested more than 20 times since January.

His position seems to be that the questionable word of a man, with questionable motives, was used to initiate an investigation that will doubtless leave Harrison’s reputation smeared.

What constitutes a valid accusation? To his, and our, knowledge there is no paper trail tying Harrison to anything in this report, so then why the investigation?

Harrison’s position is simple. Where do we draw the line on credible accusations? Is it Al-Jazeera reports? CNN? Fox News? What about TMZ? The National Enquirer? Facebook? Twitter? The guy who knows a guy who’s cousin’s father-in-law is the cop who arrested Kordell in the park? Would his word be credible enough?

It seems to me that I can write anything about anyone right here and start a rumor if I wanted to. It may not stay up for very long because Marc Uhlmann would doubtless take down anything unsupported.  But, the question remains; is that enough to support a “credible” accusation and demand an investigation?

Chris Adamski of the Tribune Review posted the entire transcript of the statements made by Sly that link Harrison to this story.  What that amounts to is Sly throwing Harrison’s name out and the undercover reporter asking a few leading questions.

Per the NFLPA, this 23-second exchange is the only reference to James Harrison in December Al-Jazeera America report pic.twitter.com/sPdGrukFMI

This leads us to the players union, the NFLPA, who would very much like to make the case stick that Roger Goodell has too much power in disciplinary matters. The fact that he is the de facto prosecutor, judge, jury, appellate panel and executioner doesn’t sit well with the players. This despite the union endorsing the Collective Bargaining Agreement that the players currently play under and the fact that players from 31 teams, every team aside from the Pittsburgh Steelers, ratified that same CBA.

In order to make that case, the NFLPA has to find cause to have the federal courts intervene and make a ruling on the legality of the NFL’s disciplinary rulings under Goodell’s direction.

When you couple that with Harrison’s own feelings about Goodell himself, a man he has referred to as a “crook and a puppet” and even gone so far as stating “If that man was on fire and I had to piss to put him out, I wouldn’t do it. I hate him and will never respect him”, you have a combination of sentiments and desires that could very well lead to a Mexican standoff of sorts on the issue of cooperation in this matter.

Goodell could simply suspend Harrison on the basis that because he has no evidence that refutes any of the Al-Jazeera claims, he is justified in doing so. Doubtless that would end up in court satisfying the NFLPA’s agenda and giving them another shot at limiting the commissioner’s power.

The question is, would Harrison and the NFLPA be able to get an order staying that suspension quickly enough for Harrison to avoid having to sit out any games? Because the last I checked, depth on the right side at outside linebacker is not what one might call stellar.