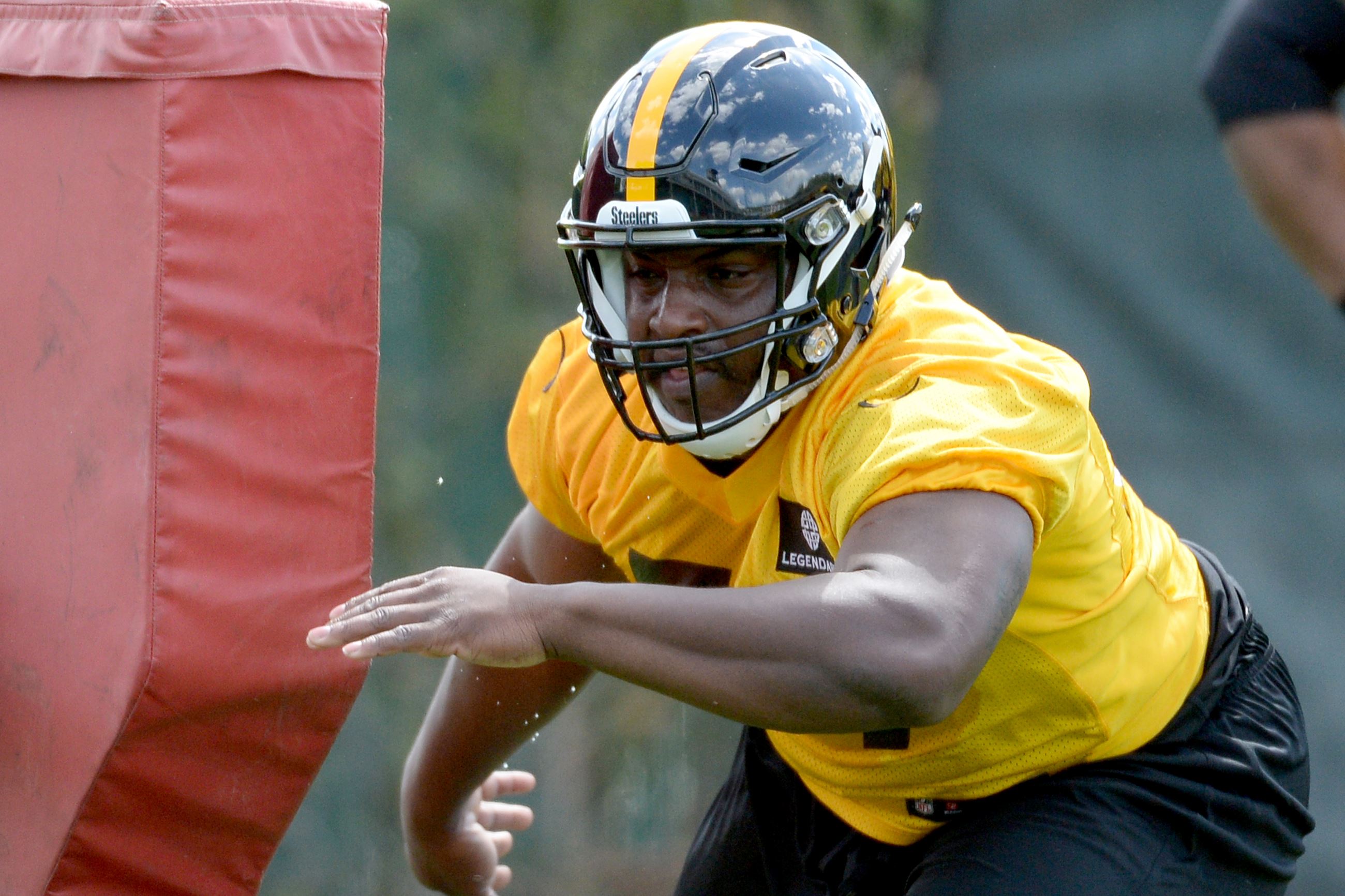 The Pittsburgh Steelers have been used to burying opponents over the last 40 years but now it appears they have their very own personal “Grave Digger.”

While it’s very early in the 2016 version of Steelers’ Training Camp, one rookie in particular has been having a very good go of it. Third round draft pick Javon Hargrave has been doing some burying of his own so far and has Steeler Nation thinking of a future of dominance in the heart of the defensive front.

Hargrave’s nickname may sound familiar to you and it should if you follow NFL football regularly. Former Green Bay defensive lineman Gilbert Brown, an important stalwart on the Packers’ defense was also known as the “Grave Digger.” If you think it’s wrong that Hargrave take on a nickname that someone already has then you need to take a breath. There are plenty of ‘A-Rods’ out there and hey, the Steelers already have another “Juice” too.

Grave Digger seems appropriate for Hargrave who has proven he can get low with both power and speed and leave blockers in the dust. Despite not seeing a ton of time with the first unit, the players he has faced have had their hands full. In my book, I don’t care who is across from you, if you’re winning those battles then you’re doing something right.

This was part of the knock on him coming out of South Carolina State. Yes, he was dominant but was it because he was so good or was it because the competition was so much beneath him? I just don’t think it matters because you are what you are as a player and I think Hargrave is on the way to being a darn good one.

At this point, I think you’ll see him most often in passing situations where he can shoot gaps and use that speed and low center of gravity to get to the quarterback. Once Steelers’ defensive line coach John Mitchell has had more time with him then I would expect to see him used more often.

Grave Digger has all of the elements – both on and off the field – that we Steelers’ fans look for and the nickname sure as hell doesn’t hurt either does it?

You are just like everyone else out there hyping up Javon Hargrave and thinking that he is this all world beast of a player who will dominate. Well guess what I don’t and I never will. I stand by comments after the draft that the only reason Hargrave is on the roster is because of John Mitchell. He is the reason why Hargrave was drafted and no I have nothing against FCS players I just felt there were better options on the board and John Mitchell is trying to fool everyone into thinking this kid will do what he did in college. I can unequivocally say hat both Billings and Hassan Ridgeway the NT from Texas will have better Careers than Hargrave and I will stick to that no matter the outcome of all 3 guys.

I’m not suggesting he’s “all world” but I know this much; you can’t teach ‘motor’ and the kid has it. If sees a lot of action on passing downs this year then I’ll be just fine with that development. Yup. It’s still early but I have no reason to think he can’t be a very good Steeler.

I don’t see it in this kid I really don’t. I feel very strong that both Billings and Ridgeway will end being better players than Hargrave could ever become. Last season I was the only fan on this site to vouch for McCullers in saying he was the future NT but it seems to year everybody wants to write him off quickly which is quickly becoming a thing on this site. I take shots at Wheaton and everybody rushes to his defense and when I defend a guy like McCullers I being made in to the bad guy.