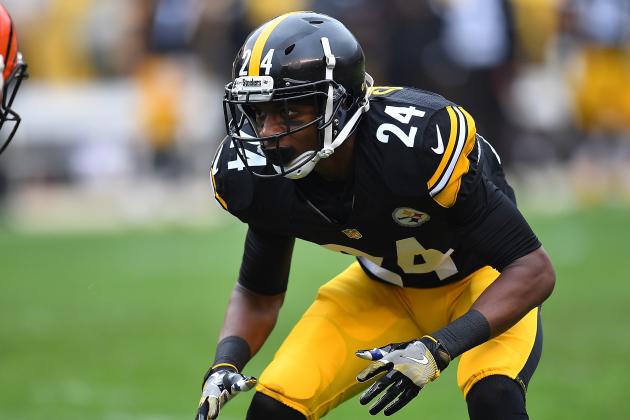 The National Football League announced today that current free agent cornerback Justin Gilbert has been suspended for a full year. It wasn’t that long ago that the Pittsburgh Steelers acquired Gilbert in a trade with the Cleveland Browns. This is a player who was a former first round draft pick just three years ago and now finds himself completely out of football.

For the Steelers and General Manager Kevin Colbert, it’s further proof that he, like all GMs, isn’t perfect. In recent years, Colbert has traded a late round pick for kicker Josh Scobee, cornerback Brandon Boykin and then of course Gilbert. We could argue that these trades were made out of need or out of sheer ‘hope’ but they have not worked out at all.

When Colbert originally traded for Gilbert I held out some hope that perhaps he would be utilized as a kick returner. The Steelers’ return game was brutal and could have used any upgrade available. Gilbert would go on to return just three kicks in Pittsburgh.

The suspension due to substance abuse is another troubling trend now isn’t it? Martavis Bryant, Le’Veon Bell, LaGarrette Blount, Karlos Williams… have all been guys brought in only to have one issue or another. Is this just a ‘sign of the times’ for all teams or have the Steelers been hit especially hard by bad luck?

I don’t think it was a coincidence that the Steelers made a concerted effort to draft players back in April who were of ‘high, moral character.’ Colbert can’t be perfect; no GM can be but if we are going to praise him for signing a guy like DeAngelo Williams then we have to take him to task for guys like Gilbert.

In a nutshell, Gilbert was a long-shot who didn’t work out but I guess the question is, “should he have been given the chance in the first place?”