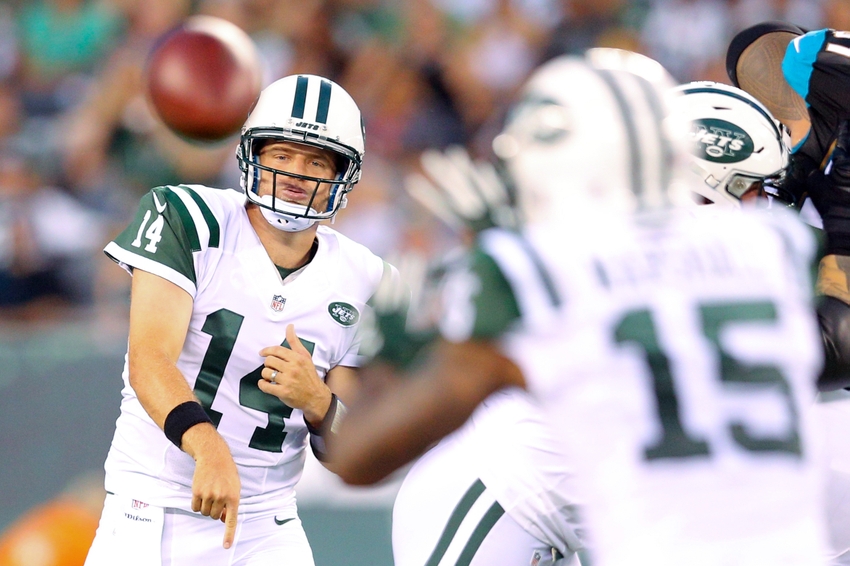 OK. You’re the Pittsburgh Steelers’ defense. You just dominated the Kansas City Chiefs in your own building by getting four sacks and causing two turnovers. What in the world do you do for an encore?

With the New York Jets and their 1-3 record coming into Heinz Field, this is no time to take the foot off the gas if you’re Mike Tomlin and Keith Butler. After four week, the Jets are 13th in total offense, 18th in passing and 10th in rushing. Certainly not the best rankings in the world but not the worst either.

Where Butler and company will no doubt focus is on Matt Forte. The former Bear has been nothing short of a godsend for the Jets. Even at the age of 30, he continues to churn out yards on the ground and through the air. He’s averaging 72 yards per game on the ground and 20 yards receiving per game. The Steelers will make job number one to eliminate the run and force the Jets to be one-dimensional. That’s nothing new.

What is concerning about the Jets’ offense however is that it isn’t Brandon Marshall (16 rec. 249 yards 1TD) having the big year at the wide receiver position, it’s actually Quincy Enunwa who has 23 receptions on the year. He’s a big body-type guy who goes up and gets the ball and is a load to bring down. Eric Decker has just nine catches but is averaging over 20 yards per grab. He is dealing with a torn rotator cuff and is currently questionable for the game.

For all of the potential concerns they pose, quarterback Ryan Fitzpatrick is the key to unsettling this Jets’ offense. So far, he’s been sacked six times and thrown 10 interceptions to just four touchdowns. Despite talk he may be pulled in favor of Geno Smith, it looks like he’ll go as of right now.

So how do the Steelers attack?

I think you’ll see a combination what we saw in the first three weeks and last week. The Steelers will be comfortable keeping ball carriers in front of them but I also think bringing pressure on a struggling quarterback has to be a major part of the plan as well. Both Vince Williams and Lawrence Timmons played very strong games last week as did Cam Heyward and Mike Mitchell. As the old saying goes, when you are strong up the middle then you are strong period.

The Steelers could also be getting Ryan Shazier back as well.

One advantage the Steelers may enjoy is the fact the Jets are getting absolutely nothing out of the tight end position which usually gives the Steelers problems. Butler will have to be careful however because the Jets recently brought in Austin Seferian-Jenkins who was cut by Tampa Bay following off-field issues. He isn’t a superstar by any stretch but he’s more than capable of being a problem for the Steelers.

The Steelers must also create turnovers and that hasn’t been tough so far for opponents of the Jets. They are dead-last in the NFL right now with a turnover margin of -11.