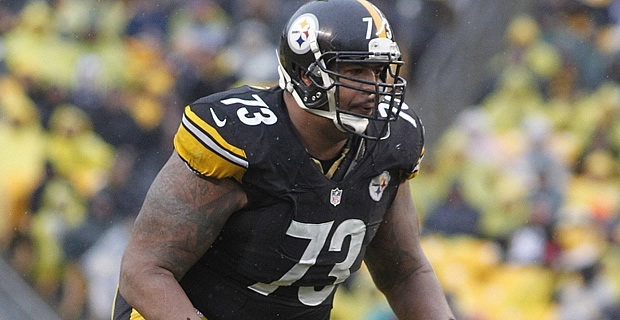 He isn’t the best offensive lineman in the storied history of the Pittsburgh Steelers and by the time his career wraps up he’ll more than likely just be “another Steelers lineman” but that wouldn’t be totally fair. Ramon Foster has made a darn good career for himself and now finds his place as the leader of the Steelers offensive line.

When Foster lines up at his left guard spot, the three guys to his immediate right are all high draft picks. Center Maurkice Pouncey and guard David DeCastro were both taken in the first round and tackle Marcus Gilbert was taken in the second.

To his left is tackle Kelvin Beachum who was a seventh round pick. Even the team’s top reserve lineman on the outside, Mike Adams, is a second round pick.

Foster? He wasn’t picked. He signed as a free agent in 2009 by the Steelers and to be honest, making an NFL roster as a free agent lineman can be tough. There are usually higher-profile guys around you and other guys just like you trying to earn the spot you want.

Now in his sixth season with the Steelers, Foster is the dean of the starting offensive line. His four line-mates are all younger than him and no doubt look to him for guidance.

The University of Tennessee grad has now played in 83 games for the Steelers and has 68 career starts. He missed two games early in the 2014 season with an ankle injury but has bounced back nicely.

When you watch Foster on tape what sticks out is his strength. While pass blocking can sometimes be a challenge for him at times, he is a dominant run blocker who uses that strength and leverage to dominate the man across from him at the point of attack. Although he doesn’t pull as much as his counterpart to his right, DeCastro, his job is just as crucial.

When you pull the way the Steelers do in the running game with guards, fullbacks and tight ends, you have to have guys on the line stop penetration. Any ground given to a defender can immediately turn a good looking play into a disaster. Penetration forces the pulling blockers to go deeper into the backfield and that’s not good.

You want their angles to be timed perfectly so that they reach the point of attack just ahead of the ball carrier. Foster does an excellent job of limiting penetration and provides an excellent path for pulling blockers.

There are better guards in the National Football League but there are few as dedicated and as consistently solid in the running game as Foster. He’s an excellent teammate and often banters with Steelers fans on Twitter.

Whether Ramon Foster ever finds himself among the all-time greats in Pittsburgh is unknown and really not his concern. Foster appears to be about the here and now and what he can do to get this team back to a Super Bowl. 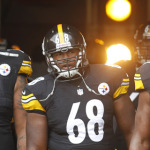 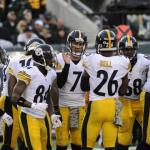 SCB Steelers Three-Point Stance; What We’re Looking for Against the Falcons

Very nice article well done. There are some glimmers of hope in this group. Coach Munchak has been doing a very good job with this group.

Thanks Bob. Foster isn’t without faults but he’s the right guy to have leading this group. Tough, unselfish and just solid all-around.