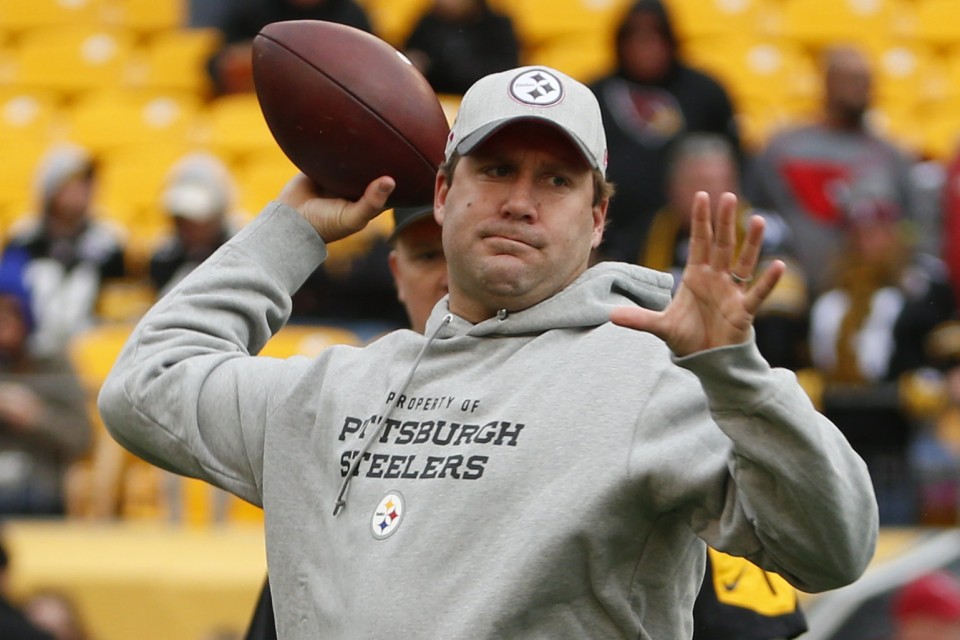 Regardless of what I say in the spaces below, your opinion of Pittsburgh Steelers’ Quarterback Ben Roethlisberger isn’t likely to change. That really isn’t the purpose of me writing this anyway. Instead, my purpose and question is simple. Did we really need another article on him that revisited the past?

If you’re Sports Illustrated writer S.L. Price, the answer is yes. My issue with the article has little do with Price other than his timing and decision to write it in the first place. Price is an accomplished and experienced writer that some of us have read many times before. His bio states that he was in college at North Carolina and covered Michael Jordan at that time. It also mentions that he was a sports writer at the Miami Herald before moving on to SI. Keep that in mind because I’ll come back to it.

I’m surprised that Price would resort to this sort of ‘sensational-style journalism’ because it isn’t something I’d expect from such a veteran sports’ writer. This sort of thing is usually reserved to new writers or opinionated bloggers like myself looking to make a name. Perhaps’ Price’s Sports Illustrated is like so many other print publications in that they too are dying. Therefore resorting to this type of ‘clickbait’ maybe shouldn’t be so surprising.

The piece I’m speaking of tells you all that you need to know about its content right in the title. “Why Ben Roethlisberger is the NFL’s Most Polarizing Player: And What That Says About the Steelers’ QB And About You.” I’ve Provided the link to the article because I’d like you to read it. Yes, it’s free publicity for Price but that’s how strongly I feel about this.

The article revisits Roethlisberger’s two sexual assault allegations and digs into his arrogant attitude and struggles with being the person everyone expected him to be. The article tells us nothing we didn’t know especially if you researched heavily both of those incidents. I’ve made my position known on Roethlisberger plenty of times on this very site but here’s the Reader’s Digest version…

I believe he made poor choices. I believe he put himself in poor situations. But I also believe that nearly all of us would like to go back to our early 20’s and reconsider some choices. Pile on the fact that he was not your ordinary twenty-something due to his fame as well. Since 2010, Roethlisberger has grown, matured, whatever you want to call it but that doesn’t seem good enough for Price.

He dug into Roethlisberger’s relationship with his hometown and tried find every negative take he could. Price seemingly made this personal. He doesn’t want you or me or anyone to like Roethlisberger as if you couldn’t tell in the article. Price wants us to completely reconsider what we think about Big Ben and while doing so, we are to forget every good thing the man has done.

Price almost goes out of his way to make the positive aspects of Roethlisberger’s life appear to be “fake” or as if “he’s doing them just to be in people’s good graces.” Price spends more time digging for as much hate and as much dirt as he can and in the end you’re left asking why?

Let me tell you why… This article was not your run of the mill article that was just going to be published in Sports Illustrated some day. Price was looking for the perfect time to run it and with the Pittsburgh Steelers set to host the Miami Dolphins in the AFC Wild-Card game this weekend, Price had his perfect moment.

You’ll recall I mentioned earlier where Price gained a great amount of his sports’ writing experience? The Miami Herald… Oh, Price was also born in Miami as well. Maybe that’s a stretch (to suggest he’s a Dolphins’ fan) and nothing more than coincidence. But then consider that Price’s interviews with those associated with the Steelers like Jerome Bettis and Maurkice Pouncey all occurred during the first week of the 2016 season.

By my count, that’s about 18 weeks that Price sat on this.

Why bring this out now? Because with Roethlisberger and the rest of his team focused on the Dolphins and the postseason in general this was the perfect time to gain attention and bring up old wounds.

Congratulations Mr. Price. You’ve accomplished the attention part; many in the Steeler Nation are talking about it. But the other part we won’t know until Sunday afternoon; and regardless of the outcome I highly doubt your attempt at rattling Roethlisberger will be the reason should the Steelers lose.

Price, like so many other national writers and television folks, feel spurned by Roethlisberger because he is very selective about with whom he does interviews. (Hell, even a pathetic blogger like me got to interview him!) Big Ben doesn’t forget the things written and said about him so Price figured he’d go around him.

I guess I’ve gone ahead and contradicted myself because I initially wrote that this would have little to do with Price. It’s actually had a lot to do with Price who felt he just had do yet another negative piece on Roethlisberger to sell a few magazines. I sure hope he feels better about himself.