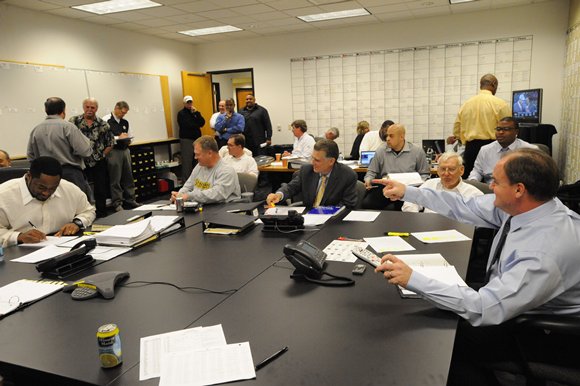 As you read Steelers mock drafts prior to the 2016 NFL Draft, you probably saw multiple takes that told you that Andrew Billings was a lock for the Steelers at 25. After all the Steelers seemingly sent the entire scouting staff, including Joe Greene, to watch him at his pro day. Steelers site writers then went to work convincing themselves of Billings’ dominant abilities in an effort to see what the Steelers seemed to see. You could even make the argument that the Steelers wanted people to see that interest…..

What people failed to take into account was that same draftable class from Baylor also held Corey Coleman, a wide receiver many thought was the best in the class, and Xavien Howard, a cornerback many thought could be a 1st round prospect. The Steelers were not there to see just Billings. You can argue as to what their motives were when they publicly paid so much attention to him. But, my understanding even before the draft was that they had no intention of taking him. What I found later was that literally no team in the NFL viewed him as anything but a 2 down defensive tackle.

Interest paid is not always strong interest. The Steelers talk to as many players as they possibly can during the evaluation process. They do so because the value in those interviews is in getting to know these players personally. They “talk to as many players as possible at the Shrine Game, The NFLPA Bowl, the Senior Bowl.”
“Then (they) get 60 interviews at the Combine and 30 visits to Pittsburgh.”
“(They) also go to as many pro days as we can and talk to as many players there at the pro day and interact with them at dinners the night before.”
All of that was per Kevin Colbert. They do so because every time they get another exposure to a player, they learn something new. Reading too much into who they talk to can be misleading. They try to talk to everyone. It isn’t physically possible, but they try. In most years, they can only draft seven. This year it’s eight. They talk to a couple of hundred.

I won’t belabor the point anymore, other than to say that internet evaluators can also become too emotionally invested in prospects and allow it to cloud their judgment. When I look at Carl Lawson, for example, I see the reason people are infatuated. He’s the best pure pass rusher in this draft.

But, when I consider the Steelers outside linebacker position, I see a role where a guy has to:
1) Rush the Passer
2) Set the Edge vs the run
3) Pursue plays as a tackler
4) Cover the flat
I see Lawson as a player who excels in facet number 1 and is below average in all other aspects. I don’t want that in a first round prospect.

Here is what I would do if I made the Steelers draft decisions:
1st: Takk McKinley or Derek Rivers, both Edge players. I don’t think Takk will last to 30 though, so it’s Rivers for me.
2nd: Sidney Jones or Fabian Moreau or Kevin King, all cornerbacks. I’m not sure if any of the 3 will be available. Of them, I believe that King is most likely to be there.
3rd: Jake Butt, TE. Michigan tight end who can do everything pretty well, but isn’t really a master of anything. I just don’t trust Ladarius Green to stay healthy and tend to believe it may be in his best interest to retire.
3B: Terrell Basham or Carroll Phillips, both Edge players, both players that ooze potential. I see, and embrace, a double dip at this position as SCB podcast listeners already know.
4th: Samaje Perine, RB. In any other draft Perine would be a 2nd to early 3rd rounder. This class is so deep that he will likely be available here.
5th: Lorenzo Jerome, S. Loads of raw talent here. I see the free safety of the future. Mike Mitchell turns 30 in June and while the team loves him and he is expected to get another contract, he won’t be around forever.
6th: Mack Hollins, WR. Admittedly, this is one of my favorite prospects. A former walk-on at Chapel Hill who played special teams the last 3 years and is the team STs captain. His route tree is limited and I don’t see a guy who possesses the quickness to ever be strong in separation. However, he is a guy who does all the dirty work that WRs hate and a player who can play the role that Darrius Heyward-Bey does now. I think any WR taken this year is destined for the practice squad. The  WR meeting room is already full.
7th: Javancy Jones, ILB. Jones didn’t have a set position in school and played in 4 different defenses. He prides himself on his versatility, has a reputation for a high football IQ and has strong character. Point of interest: he’s also graduating with a degree in early childhood education on Saturday. There is a good possibility that he’ll get his degree and be drafted on the same day.

Now, for what I think the Steelers will actually do:
1st: TJ Watt, Edge. Personally, I hate this idea. Watt is a better athlete at this point than he is a defensive player (striking similarity to Bud Dupree & Artie Burns when they were drafted). He could come in and contribute on run downs in 2017, while he learns to play the position. That would keep Harrison healthy and fresh for the late season. The idea has merit. I would rather have a player at this position who can do everything respectably though. Watt is not an NFL pass rusher. Not yet.
2nd: Chidobe Awuzie, CB. Another zone cornerback who tackles very well and also likely the best corner available at 62.
3rd: Kareem Hunt, RB. Outstanding balance and does everything else pretty well, but not masterfully. The thing is, outstanding balance will keep a player up and add a yard plus to his yards after contact average, leading to more first downs. In a typical draft, Hunt would be a high 2nd round pick. This class is so good it pushes him down to 94.
3B: Terrell Basham or Carroll Phillips, both Edge players. I really do see a double dip here at OLB.
4th: Josh Dobbs, QB. I see Andy Dalton-lite here. Dobbs in my opinion has the makings for a Charlie Batch/Vince Evans type career as a solid backup.
5th: Lorenzo Jerome, S. The Steelers showed interest and will have a need in 2 or 3 years. Getting a prospect they can develop for the long term here is smart.
6th: Samson Ebukam, ILB. Undersized Edge player who projects to 4-3 Will, or inside in a 3-4. Fantastic athlete who adds depth to a rotation heavy with run stuffers and with no sideline to sideline pursuit backer behind Shazier. Ekubam solves that.
7th: Jeremy Sprinkle, TE. Raw move TE, who blocks competently but needs development all around. A younger, better Xavier Grimble.

On a personal note, I’m ready for the draft to be over with….. I have so many names rolling around in my head right now and have watched so much tape that I can’t get excited about doing it anymore. When it’s over, I’ll take a break for a while and be grateful,… until next year.

Ben’s Steelers Mock Draft: What I Would do, What I Believe Pittsburgh Will Do was last modified: April 27th, 2017 by Ben Anderson 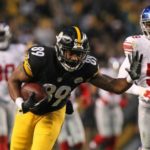 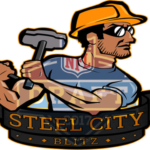 I hated grading this draft as well. From 20 to 120 there really is no difference. Anyways the draft is here let’s sit back have a cold one and enjoy.

[…] wrote something to the effect of what I would have done and what I expected the Steelers to do on April 27. My point of view has changed a little bit […]