Are the Steelers ‘Resting’ Bell? It’s Not a Bad Idea 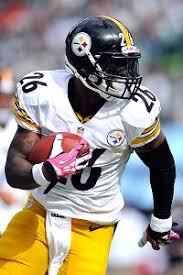 Le’Veon Bell has missed some practice and I’m OK with that for now.

The Pittsburgh Steelers are planning for a balanced offensive attack that will feature a running game that could be one of their best in recent memory. The nucleus of the running attack is second-year stud Le’Veon Bell and rightfully so.

All he did in his first NFL season was break the Steelers’ record for yards from scrimmage by a rookie.

As camp enters it’s second day of pads, Bell is not wearing pads and a helmet. Instead, he’s wearing a hoodie and a backwards ball cap. Bell currently has a hamstring that is as they say today, “tweaked.”

It’s come up a lot recently and it came up last year in regards to how much time Bell seems to miss in terms of practice time. What I can tell you is that this isn’t anything new for #26. At Michigan State, where Bell carried the ball almost 400 times in his final season, he spent a lot of ‘resting’ during practice.

The people close to the MSU football program who shared the info with me said it was common for Bell to get a very light load if any as the season wore on. Spartan Head Coach made no secret of his desire to keep the ball in Bell’s hands as much as possible so taking it easy in practice wasn’t a total surprise.

With this in mind, I’m not overly alarmed by Bell being dinged as often as he is. In fact, I welcome him getting some rest. Common sense tells us with proven back LeGarrette Blount on board Bell might not be required to have so many touches. In some ways, it’s a good problem to have.

Either way the Steelers can afford to and should tread lightly with Bell as they seem to be doing. Whether Bell’s injury is a serious concern or not really doesn’t matter unless it does become a prolonged absence from contact.

For now, Bell can miss whatever time he needs as long as he gets some touches in a few preseason games just to be ready for the real deal on September 7th.