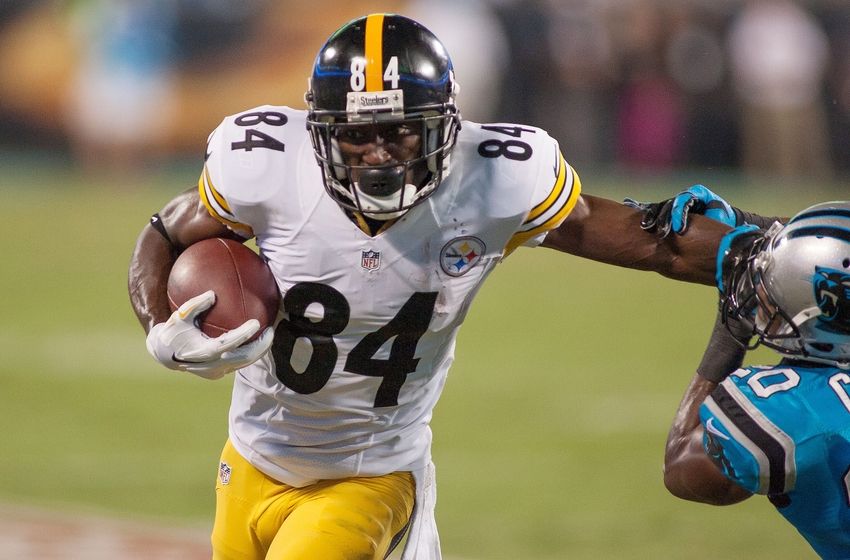 We live in a far different world than the one I grew up. While I could spend the week telling you all about the differences, the most glaring one to discuss is social media. Antonio Brown uses social media as often as any pro athlete I’m aware of and it appears he has found out that it comes with consequences.

Prior to practice today, Brown stood before the media and announced he was not “happy.” He feels as though he has no “freedom” and “can’t go anywhere to train without fans being around.” These comments come just days after some bizarre social media posts from Brown. It appears these were a prelude to his comments today and proof of the “pressure” he is feeling.

Brown cannot have it both ways though and he isn’t going to find too much sympathy out there. He’s a multi-millionaire who puts literally everything in his life on social media.

This is unchartered territory for celebrities and athletes though isn’t it? There really isn’t a “how to” when it comes to social media because it hasn’t been around that long. Therefore the blueprint on doing this right doesn’t exist. But there is one avenue Brown and many others could choose and that’s to be off social media period.

AB isn’t going to do that because the use of social media is about building a brand. Especially for football players who have short careers and need to build a brand that is around long after they’re done playing. If you don’t use social media then you aren’t going to be successful.

As easy as it is to rip Brown for the “woe is me” comments today it’s important to remember that despite the fame and the money and the ability that he’s just a person. Everyone has a limit as to how much they can take; a breaking point if you will. If that’s indeed where AB is then he needs to look in the mirror. He needs to figure out how he got here.

If it turns out he decides to post less of his life for our consumption I’ll be disappointed but I’ll also understand. Brown needs his focus on more important things. But if he gets anything out of this whole mess I hope it’s that he realizes you can’t have it both ways.

Antonio Brown Learns He Can’t Have It Both Ways was last modified: June 12th, 2018 by steeldad
#steelersAntonio BrownPittsburgh Steelers

SCB Steelers’ Quick Hitters: The “No Way in Bell” Edition