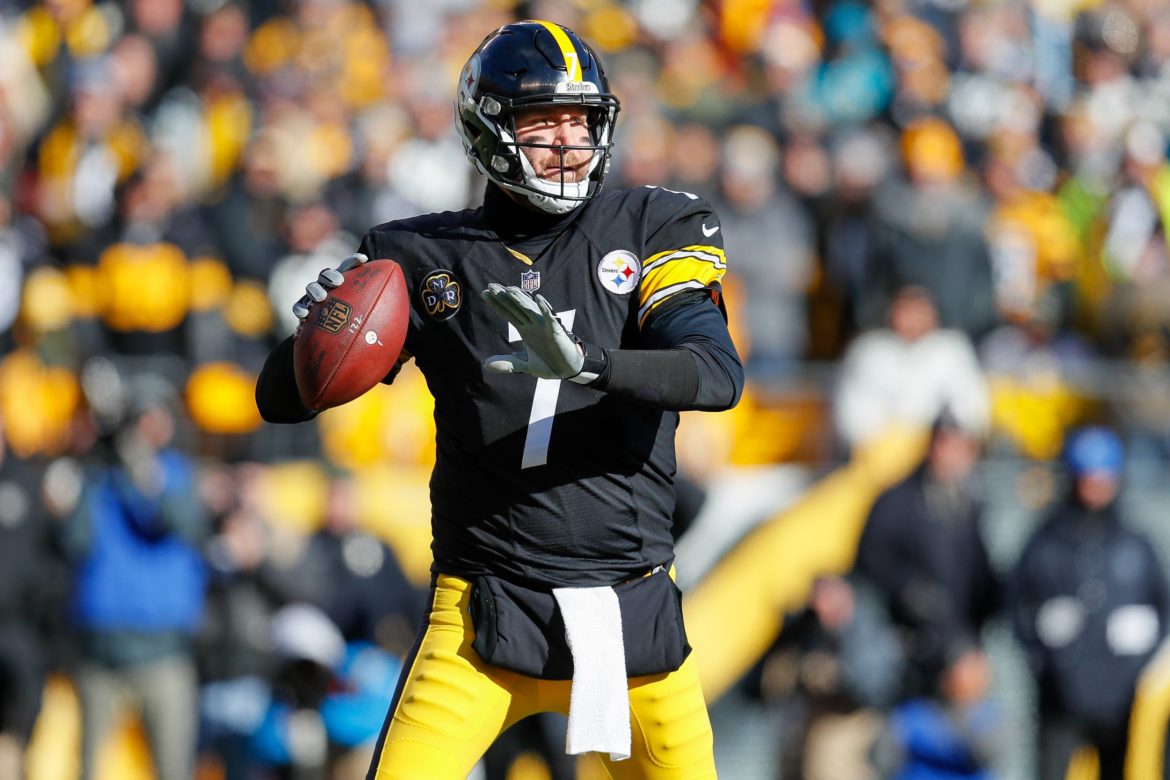 As he prepares to enter his 16th National Football League season, Pittsburgh Steelers’ Quarterback Ben Roethlisberger finds his name among the all-time greats who have played the position. After throwing for over 5,000 yards in 2018, Big Ben will likely ascend even further up these lists with a strong 2019 season. Here’s a look at where Roethlisberger is currently sitting in some key categories as he gets ready for another campaign.

Roethlisberger holds down the sixth spot on the list of all-time passing yards in the NFL with 56,194 yards. That puts him just ahead of his fellow 2004 draft-mates Eli Manning and Philip Rivers. In order to reach fifth-place, which is held by Hall of Famer Dan Marino, Roethlisberger would need to throw for 5,167 yards in 2019. That’s certainly not impossible considering his numbers last season but it is likely he’d need another season to reach the top five.

Again, Big Ben finds himself surrounded by his two contemporaries in Rivers and Manning. He currently sits at 363 career TD tosses which is good for seventh place just three ahead of Manning. He does however trail Rivers for sixth. The LA Charger signal caller has 374 TD passes. Ahead of him in fifth is again Marino but catching him will be difficult. The former Pitt and Miami Dolphins’ QB has 420 career touchdown passes. Reaching the top five in this category is going to be a difficult chore to put it mildly. It would likely take Big Ben into the 2021 season to reach that.

Sitting in eighth, Roethlisberger should pass his idol John Elway and into seventh within the first two to three weeks of the season. He trails Elway by just 82 attempts. Ahead of him however is Eli Manning who is 804 attempts clear of Big Ben. Depending on how soon the Giants move away from Eli, Ben will have some work to do here. Ahead of him is Dan Marino who is more than 1,200 attempts ahead of Roethlisberger.

Manning and Marino are once again the two guys who stand in the way of Big Ben reaching the top five. For perspective, Roethlisberger completed 452 passes last season. He currently trails Manning by 188 completions which would be good for sixth place. Marino holds down fifth and is 351 completions ahead of Ben. Once again the question will be how much Manning plays in 2019 as there will be calls for his benching if the Giants don’t start out well.

This is honestly a statistic we don’t want to see much improvement in if it means the Steelers are leading in the fourth quarter. If however, they are trailing, then Roethlisberger can build on his current sixth place standing in career fourth quarter comebacks. Right now he’s tied with Elway at 31. Three more will see him pass Elway and Marino (33) and pull into a tie at 34 with Johnny Unitas and Drew Brees. Because these types of things don’t grow on trees, they are hard to predict. But at least you have an idea of what is ahead of him.

Ben currently sits in 10th place with a career completion percentage of 64.4%. He finds himself  hot on the heels of Rivers (64.5%) and Aaron Rodgers (64.8%). Normally, it would take a substantial increase to move much here but with both of the men ahead of him still active, there could be a situation where poor seasons by them could factor in Roethlisberger’s favor.

One of the reasons I update this article each year is that I often wonder how much we appreciate what we’ve seen from Roethlisberger. Very few franchises can say they have quarterbacks with this type of credentials. His career will come to an end at some point and I think it’s important to point out his accomplishments.

SCB Steelers Quick Hitters: The “Give and Take” Edition

Love The Work, Appreciate The Plot, Ben “The Man” Is Way Underappreciated!
Thanks, Boss! Being A Cali Steelers Fan
Fo’ Life, I’ll Check U Out, Annually For The
Update. “I Creep & I Crawl & I Creep”
(Eazy E) – Ben’s Statistical Ascension.
Out! ✌🏾!