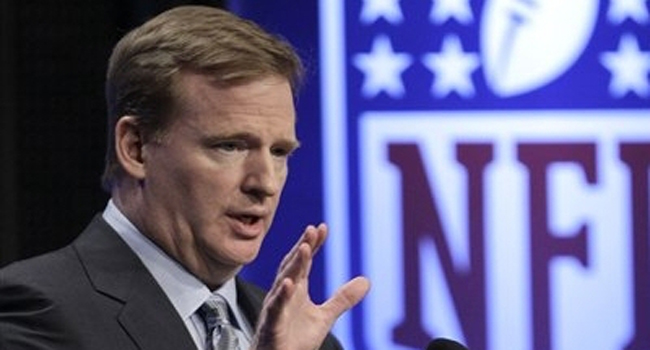 National Football League Commissioner Roger Goodell took time out for his annual “State of the Game” address prior to the Super Bowl on Friday. While he discussed many things that included re-location and the rise in concussions this season, the issue that grabbed my attention was a new proposal of his aimed at player ejections.

Goodell is suggesting that any player who should receive two personal foul penalties in one game should be ejected. This is very similar to the game of soccer where two “yellow” cards earns a player a “red” card and an automatic ejection. Whether it would follow the soccer model perfectly in terms of the ejected player being ineligible for the team’s next game is unclear but I believe that to be doubtful unless there are repeated violations.

Much of this discussion stemmed from a couple of different instances this season. One is where New York Giants’ receiver Odell Beckham, Jr and Carolina cornerback Josh Norman looked more like pro wrestlers than football players and the other was the play and conduct of players and coaches in the Pittsburgh Steelers’ AFC Wild-Card win at Cincinnati.

Does something need to be done? Yes, I believe it does but there are some potential trouble spots with Goodell’s proposal.

For instance, the facemask penalty in the NFL is now considered an automatic personal foul and 15-yard penalty. If you recall, there used to be a five-yard inadvertent penalty assessed to what was deemed a “non-intentional’ grasping of the facemask. The 15-yarder was issued in more blatant circumstances.

While I’m glad the subjectivity of the penalty is gone, players still do at times put their hand on a facemask and it is 100% without intent to injure or harm. It’s football… There are a lot of hands and faces thrust together at any one time.

So what happens if a player is nailed with one of these penalties early in a game and it is obviously the the “non-intentional” type of facemask touching? This would become the player’s first personal foul and a second would eject them from the game under Goodell’s policy.

Regardless of what the second personal foul infraction is, shouldn’t coaches have the ability to challenge such a call? This is coming from a guy who absolutely loathes the use of instant replay too but I can’t imagine the league is ready to kick a player out of the game for what ultimately could be two really questionable calls.

Granted, there are other scenarios that could be easy to enforce. If a player goes ‘helmet-to-helmet’ twice in the same game then by all means toss them out but how often is that going to happen? My concern is more likely to come from the ever-subjective “roughing the passer” call followed later in the game by yet another incidental facemask grab.

Now you’re talking about tossing a player who may have done nothing wrong. If you thought officiating was questionable now then hang on to your Terrible Towel.

Where I believe Goodell could do better is in regard to unsportsmanlike conduct penalties. To me, those are much less subjective and are often more warranted of an ejection from the game. Would Vontaze Burfict have even been in the game in the fourth quarter when he knocked out Antonio Brown? Hard to say but many would argue “no.”

Goodell’s head and heart are in the right place on this because the game does need to get cleaned up especially when you consider the problems with the head and brain but his plan, which has been suggested by many others previously, needs serious work before it’s implemented. 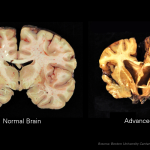 Media Focus on CTE Can No Longer Center on “Just” Football 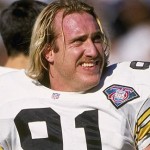