SCB Steelers Three-Point Stance; Your Gameday Guide vs the Browns 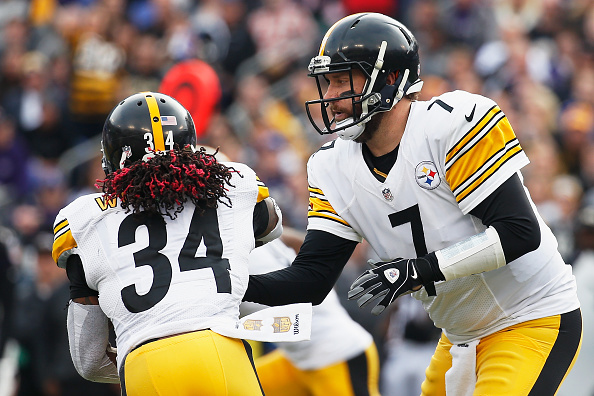 The Pittsburgh Steelers stumble into Cleveland for the season finale against the Browns. Can they bounce back and get the win they need plus some help to the north? I’m giving you the gameday rundown as the long-time rivals hook up.

Rabble TV: SCB will be calling the game live and interacting with you the fans. Click here to listen!

What You Need to Know:  The Steelers’ William Gay played in his 142nd straight game which is the best among all active cornerbacks… Antonio Brown has at least one reception in 88 straight games… The Steelers are now just 3-8 in their last 11 games against Baltimore… Brown also joined Hall of Famer Cris Carter as the only men to have back-to-back 120 catch seasons.

What’s at Stake: The Steelers can clinch a playoff spot with a victory and a New York Jets’ loss. It’s that simple.

All-Time Series: Steelers lead the all-time series 67-58 and are 25-37 all-time in Cleveland. The Steelers won earlier this season 30-9.

A Little Urgency Would Be Nice. I don’t know about you but I’m still struggling with what happened in Baltimore and if I feel that way I can only imagine what the team feels like. What struck me the most was the total lack of urgency in this Steelers’ team. A person watching the game with little knowledge of football would have thought the Ravens were the team fighting for a playoff spot. That’s the type of attitude this team needs to have Sunday. If they don’t, it will speak volumes about just where this locker room really has been.

DeAngelo Deserves It. The Steelers are facing the worst run defense in the league Sunday and DeAngleo Williams is 101 yards away from reaching 1,000 for the season. Williams has been as valuable as any Steeler this year and while they can’t do it at the risk of losing the game, getting him to that special mark would be a great way to thank him for his contribution in 2015.

It’s a Broken Record But… Stop me if you’ve heard this before but the Steelers’ defense needs to prove they can cover receivers and put consistent pressure on the quarterback. Austin Davis is 3-6 all-time as a starter with 13 touchdown passes and 10 interceptions. He’s also been sacked 33 times including four times for the Browns. It’s time for Keith Butler to quit screwing around. He needs to go back to what he was doing earlier in the season and bring pressure and exotic looks. His gameplan last week was his worst of the season and he needs to bounce back as does this entire secondary. 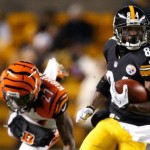 Warts and All, Steelers are Back in the Playoffs

For the Steelers to win they must get a rhythm on offense. That means get going early and keep your foot on the gas pedal and never taking it off until absolutely necessary. The D needs at least 5 sacks and 2 TO’s to obtain a victory on Sunday.