High school football kicked off in Western Pennsylvania on Friday night! Below are the scores of all of Friday night’s games along with some game notes on some of the results. Congrats to Chartiers Valley for snapping their 14-game conference losing streak!

Hempfield 28, Norwin 14 – Dual-threat QB Christian Zilli led Hempfield past Norwin with 230 yards of total offense and a TD through the air and on the ground.

Upper St Clair 34, Bethel Park 7 – The Panthers dominated on both sides of the ball to open the season with a convincing victory.

Moon 28, West Allegheny 14 – Moon beats their rivals for the second straight season as they open their defense of the Allegheny Six conference title.

Gateway 41, Franklin Regional 6 – The Gators opened the defense of their 5A WPIAL title in style.

Woodland Hills 60, Connellsville 20 – Woody High jumped out to an early lead and never let up.

Penn-Trafford 48, Latrobe 14 – The Warriors got out to a 27-0 lead in the first quarter that they extended to 41-7 by halftime to enact the mercy rule on Latrobe.

Pine-Richland 53, Fox Chapel 7 – The Rams moved down to 5A this season and looked every bit like a team capable of making a 3rd straight run to the WPIAL final.

Belle Vernon 20, McKeesport 0 – The Tigers moved down to 4A but ran into a brick wall of the Leopards defense. Devin Whitlock had over 200 yards rushing for Belle Vernon.

Aliquippa 44, New Castle 28 – In a rematch of the 1987 WPIAL AAA Championship Game, the Quips announced their presence in 4A. The game was tied at 20 at halftime but the Quips pulled away as Jabari Cleckley threw 2 fourth quarter touchdown passes.

Albert Gallatin 32, Laurel Highlands 0 – In a non-classification game (Albert Gallatin is still playing as an independent), AG scored a big win over their Fayette County rivals.

Central Valley 51, Hopewell 2 – The Warriors came out to defend their WPIAL 3A title with a BANG.

Avonworth 35, Quaker Valley 0 – The Lopes won the 2A title last year and moved up to 3A but looked every bit as dominant.

Keystone Oaks 49, Ambridge 7 – The Bridgers have the longest conference losing streak in the WPIAL and it was extended to 31 games.

East Allegheny 42, Brownsville 0 – This was a non-conference game between two teams that moved up from 2A to 3A this season.

Yough 29, Chartiers-Houston 6 – Yough got off to a strong start in a non-classification game.

Beth-Center 20, Waynesburg 7 – After a down year, Beth-Center bounces back with an opening week win over Waynesburg who moved down from 3A.

Frazier 34, Charleroi 0 – A statement win for the Commodores.

McGuffey 7, Washington 6 – Last year these were the two highest-scoring teams in 2A but were locked in a defensive battle that was decided when McGuffey stopped a 2-point conversion attempt with just under 6 minutes left in the fourth quarter.

Beaver Falls 47, Riverside 14 – Beaver Falls moved down from 3A and announced themselves to the Midwestern Conference in convincing fashion.

Laurel 14, Neshannock 7 – The Spartans got a big win over Lawrence County rivals in their first game after moving up from 1A.

Mohawk 45, Ellwood City 0 – Mohawk’s passing game struck early and got some help from their defense (including a pick-six) in a rout of Ellwood City.

Brentwood 33, Seton LaSalle 21 – After a tie game at halftime, the Spartans pulled away in the second half.

Western Beaver 15, South Side Beaver 9 – Trailing 9-7 in the fourth quarter, Western Beaver returned a fumble 76 yards for the game-winning score.

Carlynton wins by forfeit over Sto-Rox – Sto-Rox informed Carlynton of their intent to forfeit late in the day on Friday for reasons not related to COVID.

Burgettstown 27, Fort Cherry 22 – Two teams that moved down from 2A fought a tough battle at Hill Memorial Stadium.

OLSH 34, Cornell 26 – The Chargers won a back-and-forth game between two teams who made the playoffs last season.

Rochester 47, Northgate 6 – The Flames have the second-longest losing streak in the WPIAL reaches 25 games.

Clairton 34, Jeannette 28 – Clairton-Jeannette X lived up to the billing. It was back and forth all night with Clairton emerging victorious to extend their record to 8-2 against Jeannette since 2014 (the Jayhawks are 65-3 against all other WPIAL teams during that time).

Springdale 41, Riverview 7 – The Dynamos dominated their Alle-Kiski Valley rivals and can claim ownership of the Hulton Bridge for another year.

Avella 20, Monessen 7 – Avella scores a big win over Monessen in one of the upsets of the night

Carmichaels 41, Jefferson-Morgan 6 – Six different players scored for the Mighty Mikes as they welcomed the move back down to 1A.

California 27, Bentworth 7 – California scored multiple defensive touchdowns to pull away from Bentworth in the second half.

West Greene 43, Mapletown 8 – The first game of the post-Ben Jackson Era was another dominant win for the Pioneers. 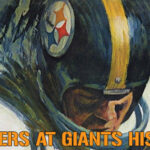