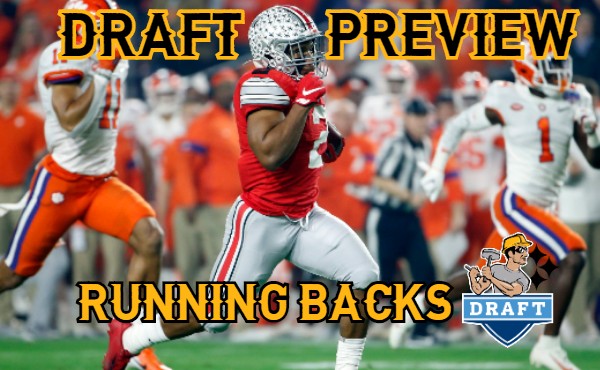 The 2020 NFL Draft is now less than a two weeks away. This year’s Draft will be like nothing we have ever experienced. Due to precautionary measures around the global pandemic of the coronavirus, the NFL will hold a virtual draft. Teams are not permitted to have their brass congregate in war rooms and most of the footage will be done through video and teleconferencing. The 2020 Draft was supposed to be a giant display of showmanship in Las Vegas, but instead will look like a high-end production of your beer league fantasy draft. As we have done the last few years, in the weeks leading up to the Draft we will be taking a position-by-position look at the Steelers roster and where their biggest needs lie in the Draft. We start by taking a look at the offense, which was statistically one of the worst in the league last year. Last year the Steelers had a revolving door at running back due to injuries last season and may look to add depth to the position in this year’s draft.

James Conner was selected to the Pro Bowl in 2018. However, Conner’s 2019 season was marred by injuries that kept him out of the lineup for 6 games. Conner ran for just 464 yards and was still the team’s leading rusher.  Rookie Benny Snell finished closely behind at 426 yards. Jaylen Samuels missed a few games after a knee surgery and was nowhere near the same afterwards. Samuels lacked explosiveness and was essentially outplayed by Kerrith Whyte. The Steelers also lost fullback Roosevelt Nix to injury early in the season and struggled in short yardage situations for the rest of the year. They did make a move to address that with the signing of Derek Watt in free agency.  The Steelers need a back that can be consistent and stay healthy.

The Steelers did not add another running back in free agency, but with James Conner entering the final year of his contract they need to find a long-term solution. The shelf life of running backs in today’s NFL is incredibly short and young backs have been capable of stepping in and having an immediate impact for plenty of teams. The inconsistency in the Steelers backfield elevates the need to add young talent, particularly a player that has the ability to generate big plays in an offense that sorely lacked them last season.

This draft is loaded with talented running backs. That said, there is not a consensus top back in this class. Different draft analysts have differing opinions and orderings of Wisconsin’s Jonathan Taylor, Georgia’s D’Andre Swift, Ohio State’s JK Dobbins, and LSU’s Clyde Edwards-Helaire. All four players are capable rushers and receivers but are not big bruising backs. Other than Jonathan Taylor (5’10” 226 lbs) the other three are all shorter than 5’10” and weigh less than 215 pounds. Despite being the largest back of the top tier, Taylor ran the fastest 40 of any running back at the Combine at a blistering 4.39 seconds. Taylor did have some fumbling issues in his Wisconsin career but his highlight tape features him repeatedly leaving guys in the dust. This is a deep draft for running backs and players like Florida State’s Cam Akers, Utah’s Zach Moss (Prospect Profile), Boston College’s AJ Dillon, and Florida’s Lamical Perine could all be quality contributors in the NFL.