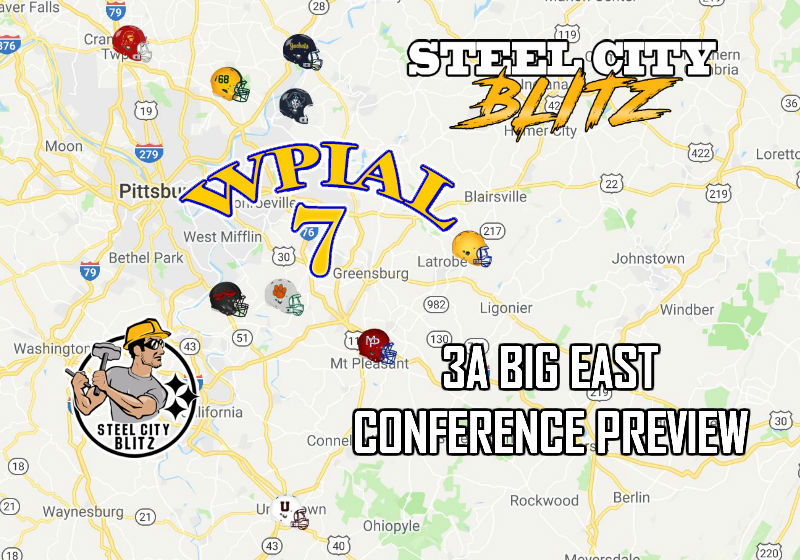 For the second straight year, the Big East Conference figures to be a Trojan War. Last year Derry got the better of North Catholic, winning both the regular season matchup and semifinal. Derry did suffer a loss to Elizabeth Forward last season, which created a 3-way tie at the top of the league. This year, the two Trojan squads figure to be at the top once again. Behind them, the battle for the last two playoff spots should be wide open as Elizabeth Forward and Freeport both lost a number of starters while Deer Lakes and Burrell have talented returning players.

The playoff format in 3A is the same as last year. The playoffs will consist of 8 teams with the Championship Game played on Saturday, November 16 at Heinz Field. The top 4 teams from each of the two conferences will make the playoffs. The top two teams from each conference will receive home playoff games in the first round. Both semifinal games will be played at neutral sites. Be sure to check out our new WPIAL Football ELO Rankings and the rest of our WPIAL Season Previews. Teams are listed in their predicted order of finish. 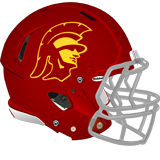 The Trojans moved up from 2A to 3A last season and reached the semifinals for the 6th time in the last 7 years. Unfortunately, they lost in the semis for the 5th time during that run, this time falling to conference foe Derry. North Catholic only had 7 seniors graduate but also lost star athlete Nikhai Hill-Green (a Michigan-commit) in a transfer to St. Frances Academy in Baltimore. The good news for the Trojans is that the best quarterback in 3A will return for his senior year. Zack Rocco threw for 1964 yards and 26 TDs and ran for another 499 yards and 11 scores last season. Third-leading rusher Anthony Serventi (407 yards, 7 TDs) also returns for his senior year. Keep an eye out for sophomore Joey Prentice who only had 19 carries but averaged 12.7 yards per rush and scored 3 times as a freshman. On the outside, 4 of the top 5 receivers are gone, and junior Nick Maher (283 yards, 6 TDs) figures to step in to the primary role. Two-way lineman Carson Primrose has an offer from Robert Morris. The Trojans had the second-best defense in 3A last season and after a Week 4 loss to Derry allowed just 10 points over the last 5 regular season games. With Zack Rocco returning for his senior year, the Trojans are absolutely a threat to contend for the conference title and to make a run at Heinz Field. 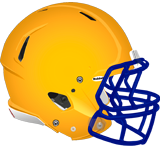 Derry finished in a 3-way tie with North Catholic and Elizabeth Forward atop the conference last year, getting the edge for the top spot on tiebreaker points. The Trojans then went on an historic run through the playoffs that saw them top North Catholic thanks to a last-minute pick-six in the semifinals and reach their first WPIAL Championship game since 1945. The Trojans had 12 seniors graduate from last year’s team, including the top 5 rushers in their ground-and-pound attack. Junior QB Paul Koontz threw for 613 yards and 11 TDs last year but averaged just 9 pass attempts per game. Justin Huss is the top returning offensive skill player but he had just 272 yards of total offense and scored 4 times last season. Derry will have some returning strength up front as two-way lineman Max Malis has an offer from Air Force. 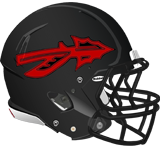 The Warriors reached the postseason for the second straight year, once again finishing in a 3-way tie for the conference title. They fell to Beaver Falls in the first round of the playoffs. Elizabeth Forward will have to replace dual-threat quarterback Zachary Benedek who was the catalyst of their offense last season. Junior WR Evan Lewis scored 6 TDs last year. Eleven seniors graduated from last year’s team so there will be a lot of holes to fill on both sides of the ball if Elizabeth Forward is going to make it to the playoffs for a third straight season. 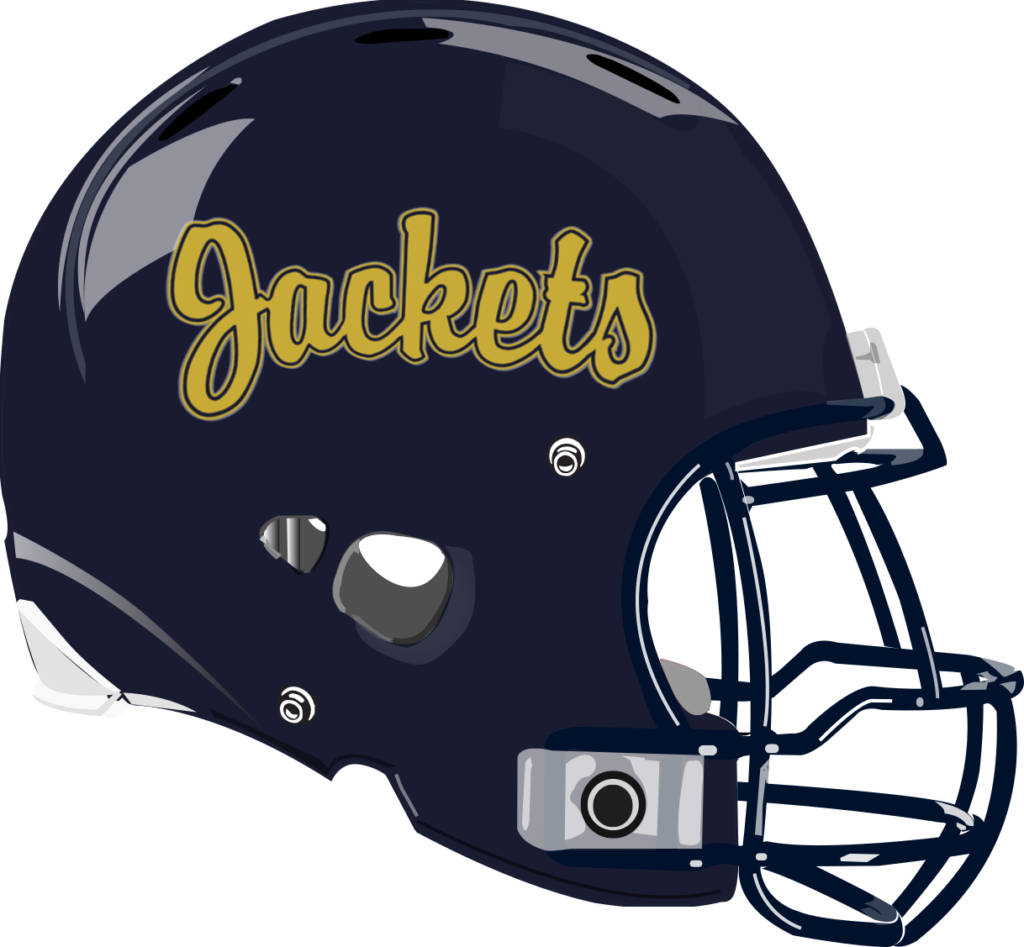 The Yellow Jackets were a clear fourth in the conference last year – two games behind the 3-way tie at the top and two games ahead of Deer Lakes and Yough. That said, they were very close to finishing amongst the top group, losing to Derry and Elizabeth Forward by just 6 points each. Freeport made the playoffs for the third time in four seasons but fell to Aliquippa for the second time in that span. Freeport graduated a senior class with 14 players but had one of the larger rosters in 3A last season. Senior Garrett Schaffhauser played most of last year at tight end (scoring 1 TD) and also attempted a handful of passes. He is the only returning player who played quarterback last season. The top returning skill player is senior Isiah Bauman accounted for 208 yards of total offense and scored once last year. 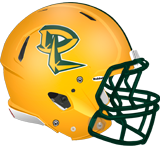 The Lancers got off to a strong 3-2 start to the season but after a 14-10 loss to Freeport stumbled through a winless October. The good news for Deer Lakes is that dual-threat quarterback Aris Hasley returns for his senior season. Last year Hasley threw for 1522 yards and 14 TDs and led the team with 441 rushing yards and 5 TDs. Second-leading receiver Jack Hollibaugh (444 yards, 4 TDs) and second-leading rusher Isaiah Yoder (119 yards) both return. 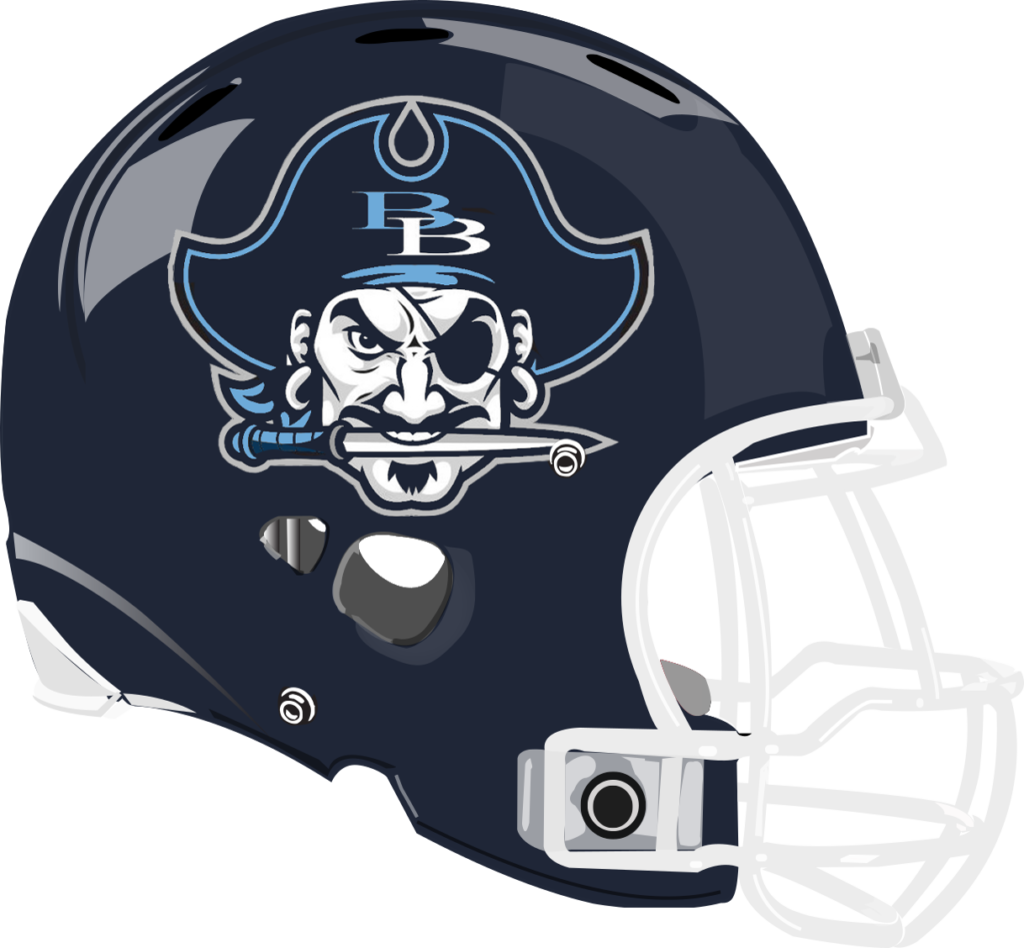 The Bucs have not been to the playoffs since 2012 but have a number of returning players and could make a run at a return to the postseason. Quarterback Logan Phillips returns for his senior year after throwing for 681 yards and 8 TDs and rushing for 380 yards and 4 TDs. Logan gets his leading receiver back in Seth Fishbach (484 yards, 5 TDs). Second-leading rusher Mikey Sherer (404 yards, 3 TDs) also returns for his senior year. If the Bucs are going to make a run at the playoffs, they will need to improve a defense that allowed 30 points per game last season. 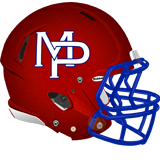 After a run of 8 straight playoff appearances, the Vikings have missed the postseason each of the last two years. Mount Pleasant will need to find a new quarterback this year. Jacob Johnson and Asher O’Connor both attempted a handful of throws last season. Johnson was Mt. Pleasant’s best player last year, leading the team in receiving with 911 yards and adding 241 yards on the ground and scoring 13 times. Leading rusher Pete Billey (463 yards, 4 TDs) returns for his junior year. If Mt. Pleasant is going to get back to the playoffs, they will need to improve upon a defense that allowed 34 points per game last year. 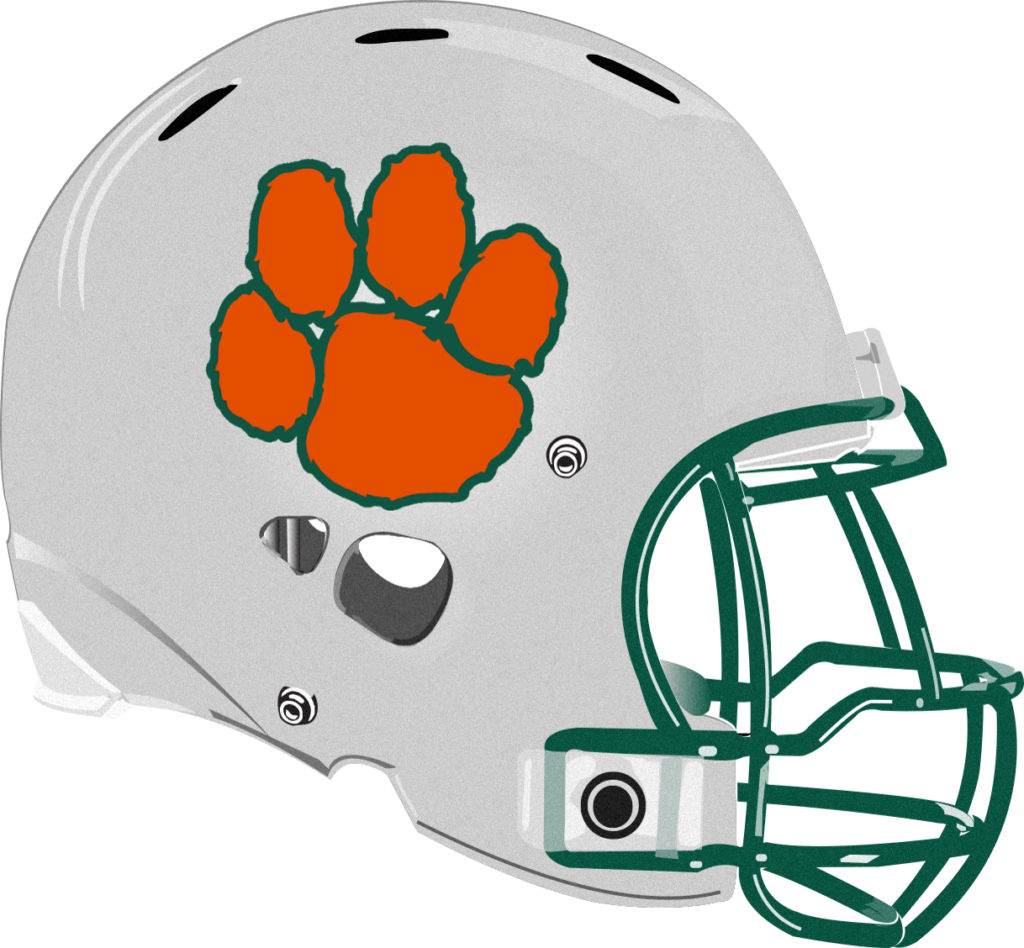 Yough rode the WPIAL’s leading rusher Dustin Shoaf to a 3-2 start but stumbled to an 0-5 finish and missed the playoffs for the fifth straight season. Shoaf accounted for nearly all of Yough’s offense last season and is now at Mercyhurst. The top returning offensive player is junior Gamal Marballie who led the team with 321 receiving yards and added 104 rushing yards and scored 7 times last year. Sophomore Tristan Waldier is the only returning player who attempted a pass last year. 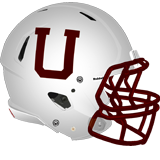 After a winless 2018, the Red Raiders enter 2019 with the WPIAL’s longest losing streak. Uniontown has lost 22 straight games, dating back to Week 8 in 2016. The Red Raiders allowed 565 points last season, the most of any team in the WPIAL, an astounding 56 points per game. The good news for Uniontown is that only 3 seniors graduated from last year’s team so a number of underclassment saw significant playing time. Rising junior Ky’ron Craggette ran for over 1000 yards and 6 TDs. Senior QB Dom Richter also returns after scoring 10 times last year. Last year the Uniontown school board considered a motion to leave the WPIAL and play an independent schedule but ultimately voted to remain in the WPIAL and play out this season.